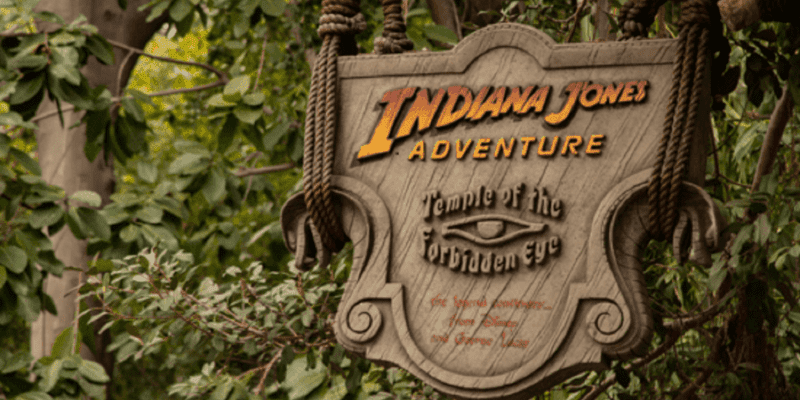 This season is one of the busiest times at the Disneyland Resort right now, as the Park is transforming from its Halloween haunts and frights to the magic and wonder of the holidays.

But, with the transition of decor and decking out of some of the rides to reflect the merriment of the holiday season, maintenance of some of the attractions may tend to get neglected, or at the very least, not as prioritized.

Over the last several weeks, we’ve consistently reported on Guests’ experiences with rides breaking down, from Tower of Terror to Pirates of the Caribbean to several rides at Hollywood Studios. It’s clear that Disney has its maintenance work cut out for them.

However, one of the rides that has consistently broken down over time is Indiana Jones Adventure at the Disneyland Park.

One TikTok user, @thetayquila, captured an experience of having the attraction break down and being escorted off the ride.

The poster explains that the ride had broken down mid-ride, calling it a “disappointing moment.” They then explained that the individual car had malfunctioned, causing Cast Members to have to evacuate them. There were 14 other cars going through the attraction at the time.

In the TikTok, we see a rare glimpse of Indiana Jones Adventure with the lights on, and an even rarer occurrence as the poster and other Guests were escorted to the exit through the Cast Member back room, where we can see various items such as bulletin boards, whiteboards, monitors, and other office supplies you might normally find in a break room or office.

This was a rare look into a not-so-rare occurrence on this particular ride at Disneyland. However, we can only hope that even amid the busy season at the Resort, these ongoing maintenance issues can be addressed and prevented in the future to ensure a good experience for all Guests.

Have you ever been on Indiana Jones Adventure when it broke down? What about other rides at the Disney Parks? Share your experience below!