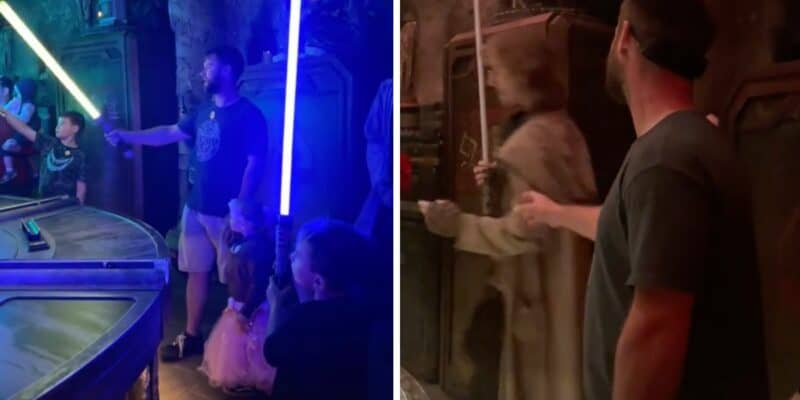 When visiting Walt Disney World or Disneyland, Guests are faced with a seemingly impossible amount of things to do. From exciting rides like Rock ‘n’ Roller Coaster at Hollywood Studios and Matterhorn Bobsleds at Disneyland to classic dark rides such as Pirates of the  Caribbean or the Haunted Mansion, no matter what you choose to do, you’re bound to have a good time.

For many, a trip to Disney is “a dream come true,” as it’s not only challenging for many to travel to Florida or California but also quite expensive.

Related: Why Choosing Not to Recast Chadwick Boseman Was The Right Move

There’s a ton for Guests to enjoy at the Parks and specifically at Star Wars: Galaxy’s Edge. Officially, Batuu exists during the Star Wars sequel trilogy era between the highly divisive Rian Johnson movie, Star Wars: Episode VIII – The Last Jedi (2017), and the conclusion of the Skywalker Saga, Star Wars: Episode IX – The Rise of Skywalker (2019).

One of the most coveted (and expensive) experiences is located at Savi’s Workshop. Here, Guests can build their very own lightsaber!

After purchasing a lightsaber for a whopping $250, Guests can build and customize their own lightsaber, with a variety of options to choose from, including a hilt, sleeves, emitters, pommel caps, and activation plates and switches. This will then translate to a finished lightsaber, about 31 inches long, that you can use in your adventures throughout the Park.

A video has gone viral on TikTok showing a very excited Disney Guest having their dream taken away from them. You can see the video down below:

When your husbands Star Wars dreams are made and crushed in a 4 minute span. #starwars #lightsaber

When your husbands Star Wars dreams are made and crushed in a 4 minute span. #starwars #lightsaber

The video has over five million views on TikTok. As you can see, the Guest is thrilled to have just created their own lightsaber. However, this excitement doesn’t last long, as a Cast Member is quick to take it away. We aren’t exactly sure why they took it away, but the Guest clarified the situation in a few more videos.

The lightsaber turned on yellow originally, something the Guest wasn’t expecting. In another video, the Guest further clarifies the situation. Essentially, the lightsaber was defective, which prompted the Cast Member to take it away.

However, the Cast Member did not inform the Guest what was happening, leaving them confused and without a lightsaber.

Have you ever built your won lightsaber?