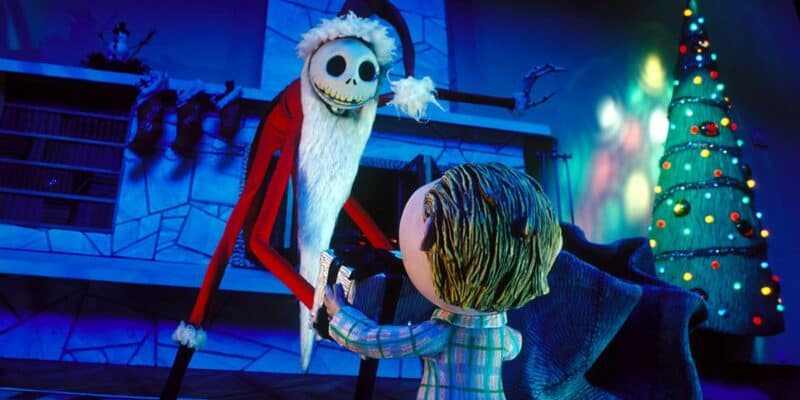 Holiday movies are essential to get your festive season started right. Luckily, Disney+ has plenty to pick from. Here’s four classic picks to get you started on feeling that holiday fun, or for a delicious Christmas Eve watch.

Get ready for The Santa Clauses by going back to where it all began. Tim Allen stars as Scott Calvin, a father who accidentally gets drafted into the North Pole’s top job when he knocks Santa Claus off his roof. What follows is a family adventure filled with all the fun and chaos you might expect. It’s a modern holiday classic, and its enduring quality is proven by the fact it not only had two sequels (also available on the platform) but the aforementioned mini-series, which starts later this month.

An outright classic of the genre: The Muppets Christmas Carol is a given for numerous people as soon as they get the fairy lights out. Giving a classic Jim Henderson spin on the indelible Charles Dickens’ tale, it sees Kermit, Miss Piggy, and the rest of your favorites join Michael Caine’s Ebeneezer Scrooge for a night he will never forget. It works so well because it operates on two levels: there are the hilarious comedy moments, but then there’s also a totally committed performance from Caine and a specter in a graveyard that still haunts our dreams now. If you haven’t seen it, what are you waiting for? And who knows, it might give you a Christmas gift of being a gateway to the rest of the Muppets‘ marvelous catalog.

So popular it has even spawned its own Lego set more than 20 years after its release, Home Alone follows left behind youngster Kevin McCallister (Macaulay Culkin). After his large family accidentally forgets him on their trip to Paris, Kevin has to defend his home from a pair of infamous burglars. Filled with wince-inducing slapstick and a star-making performance from Culkin, Home Alone is a winning combination of ingenuity (watching Kevin rig the house with homemade defenses is a treat) and charm. Plus for Schitt’s Creek fans, Catherine O’Hara plays Kevin’s exasperated mother.

The Nightmare Before Christmas is that rarest of beasts: capable of making both Halloween and Christmas shortlists. Directed by Henry Selick (it’s a common misconception that producer Tim Burton led the movie, although his fingerprints are undoubtedly on all of it), it follows Pumpkin King Jack Skellington (Chris Sarandon/Danny Elfman) as he leaves Halloween Town and discovers a whole other festive world. Jack tries his hand at becoming Santa, but his natural predilection for goblins, ghoulies, and things that go bump in the night doesn’t sit easily in the world of sleigh bells and ornaments. Filled with memorable musical numbers and stunning stop-motion animation, The Nightmare Before Christmas is the perfect film to see out the spooky season and bring in the snow. (It also marks Catherine O’Hara’s second appearance on this list: queen of the holiday season!)

What are your go-to Christmas movie for the holidays? Do you love a holiday classic or are you more of a Marvel Studios’ person? Tell us in the comments.