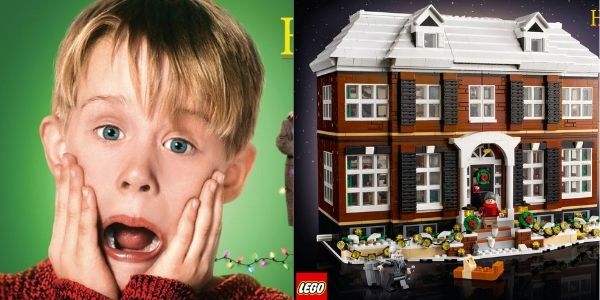 With all of the Home Alone movies available on Disney+ just in time for the holidays as well as the recent reboot, it seems as if the Home Alone series is having a resurgence, with the folks at LEGO having just created something very special for fans of the original film.

Now you can live out all your favorite scenes from Home Alone (1990) with this amazing, incredibly-detailed set from the LEGO Idea’s Line, a category of sets made by fans for fans. Containing 3,955 pieces and with a price point of $249.99, this LEGO Home Alone set is the largest and most expensive LEGO Ideas set ever made. With it being sold out in only a matter of days, this set proved fans of LEGO, as well as the original Home Alone, had enough money to say “keep the change ya filthy animal.”

This is not the only set with Disney flare that LEGO is offering. On November 26, LEGO released its mammoth-sized, 6,785 piece AT-AT, or All Terrain Armored Transport, from its unbelievably-popular Star Wars line. This set sells for $800 but is currently sold out as well.

LEGO and Disney have had a partnership for many years, with the LEGO Group releasing sets specifically catered to Disney fans and Guests alike. There is the beautiful LEGO Cinderella Castle as well as a LEGO version of the Disney Train Station.

These sets may be the perfect gift for someone who is a big fan of LEGO and Disney, as these are the best of both worlds! Along with these sets, Guests can also visit the LEGO Store at Disney Springs for an incredible shopping and building experience.

Have you finished gift shopping this year?

Comments Off on You Can Purchase the Iconic ‘Home Alone’ House, Thanks to LEGO