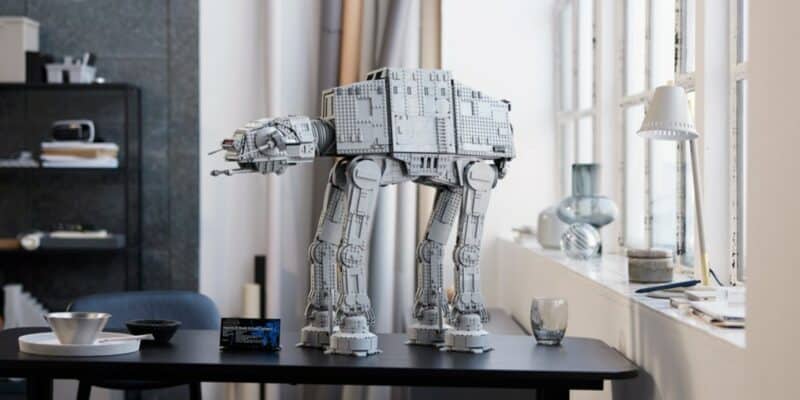 Calling all LEGO and Star Wars fans! LEGO has officially revealed a new collectible that we are in awe of! A 6,785 piece LEGO set will soon be available for purchase. That’s right, this is not a drill… it’s a MASSIVE Star Wars AT-AT. The kicker? You’ll need to be prepared to shovel out $800 for this Imperial army must-have.

This stunning new AT-AT LEGO set features movable, posable legs to recreate the famous scene from Star Wars: The Empire Strikes Back. There is all sorts of room for the Imperial army as the AT-AT measures over 24.5 inches high with the vast interior having enough space to store 40 minifigures and 4 speeder bikes. Included in the set are 9 minifigures: General Veers, Luke Skywalker, Snowtrooper Commander, 4 snowtroopers, and 2 AT-AT drivers.

LEGO notes that the set is equipped with authentic details such as:

Keep in mind, the new LEGO Star Wars AT-AT is a challenge for advanced builders (recommended ages 18+). Nonetheless, it will surely make an impressive collectible for the LEGO and/or Star Wars fans out there!

Is this LEGO Star Wars AT-AT worth the $800 purchase to you?