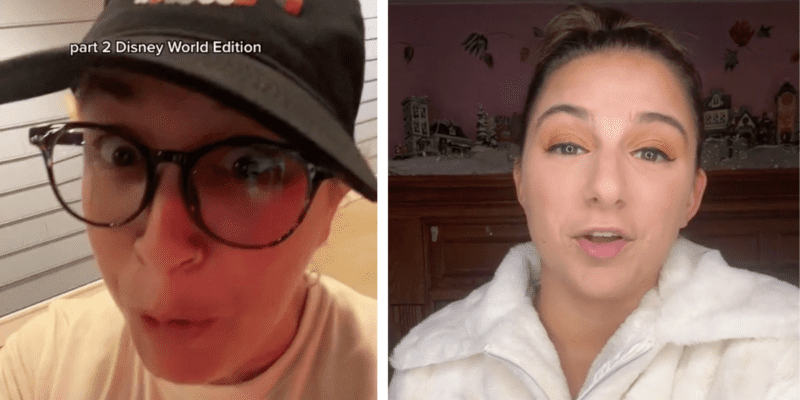 Disneyland Resort and Walt Disney World Resort offer Disability Access Service (DAS) – allowing Guests to virtually wait for rides instead of queueing on standby. Almost every line at the Disney Parks is wheelchair accessible, meaning that DAS primarily services Guests that cannot stay in crowded lines for other reasons.

To qualify for DAS, Guests must interview with a Disney Cast Member at Guest Services or during a virtual appointment before their visit. Then, they can virtually book return times for rides with the My Disney Experience app. For most rides, Guests utilizing DAS go through the Lightning Lane line when they return to the ride.

Most of the time, Lightning Lane lines are short. But as many upset Guests who purchased Disney Genie+ have pointed out, Lightning Lanes frequently backed up. TikToker @AskDrMom, a Family Doctor and parent of an autistic 12-year-old, said this system penalizes disabled Guests and makes their visits harder:

This is a place where education could really be impactful. I am certain this is not deliberate. I would love the opportunity to address it. #autismmom #autismdisney #disneydaspass #specialneedsparenting

The Doctor requested a return time for Remy’s Ratatouille Adventure at EPCOT, which had an hour-and-a-half wait time. When the family returned, the Lightning Lane line was backed up into the France World Showcase Pavilion and at a 45-minute wait. Because her daughter couldn’t wait in line, this wasn’t an option for the family.

“When I asked politely if we could go around because she has autism and we’d already waited our time like the standby line, I was told ‘Nope. Not an option,’” the Guest explained.

“When we get called back, she should, in theory, be able to get on the ride very quickly. But since they added Genie+ and now they use Lightning Lane as the only way to get in through DAS, this has resulted on many occasions of her being penalized for her disability and actually waiting significantly longer,” she continued. “This is something she couldn’t do in the first place… Shocking, it resulted in another meltdown because we went to try to stand in line, and it was towards the end of the day because we had waited for this ride, and she wasn’t going to be able to get on.”

The Doctor hopes to speak to someone at The Walt Disney Company about its policies’ impacts on disabled Guests.

“It would be such an easy fix. They have multiple sides that you badge into to get on the ride with your Lightning Lane. They could just dedicate one of those sides for DAS,” the Guest argued. “It was otherwise a really awesome weekend, and unfortunately, it was going to be our last ride of the trip, which I think is kind of a bummer.”

Britini D’Angelo (@britini_dangelo) stitched the video and shared her own experience with the DAS system:

D’Angelo was diagnosed with autism at 22 months old and has consistently used the DAS system at Walt Disney World Resort since she was three. She said DAS is her “lifesaver,” but the Lightning Lane and Disney Genie+ changes are making things more difficult for disabled Guests.

“Back in the day when the DAS pass was the red slip, you either entered the ride through the exit or you entered through the FastPass. But because they were not giving out as many FastPass, the lines definitely moved, and you got in really quickly,” D’Angelo explained.

“Now….I can scan my Magic Band and I go in through the same Genie Plus or Lightning Lane as everybody else. So on top of waiting the standby posted wait time virtually, we could also have to wait from five to 45, 50 minutes in the Lightning Lane line because there’s so many FastPasses being given out,” D’Angelo said. “Those of us that are requesting the DAS pass need that pass for a specific reason, and putting us in the same FastPass line is defeating the purpose.”

As of this article’s publication, neither creator has said they are in contact with Disney about difficulties with the DAS pass.

What do you think of Disney’s current DAS system?