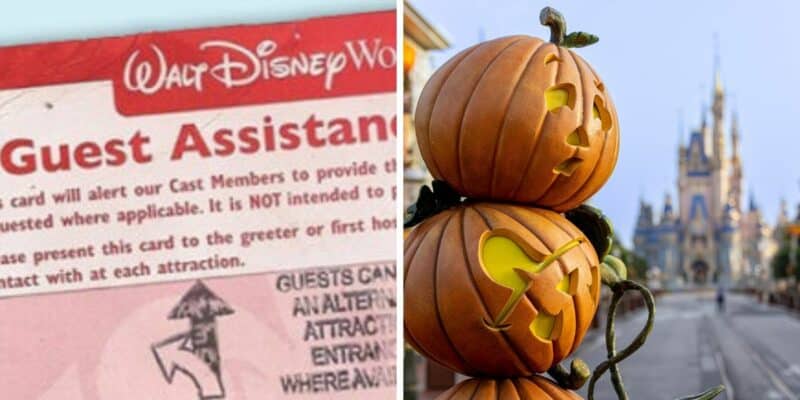 Walt Disney World’s Disability Access Service, or DAS as it’s more commonly referred to, is a program Walt Disney World offers to those who need assistance while visiting the Parks.

A program offered at Walt Disney World theme parks to assist Guests who have difficulty tolerating extended waits in a conventional queue environment due to a disability.

Those utilizing the Disability Access Service would need to visit the front of the ride line in order to get a return time, but now in a new update, Guests can book DAS through the My Disney Experience app, alleviating Guests needing to walk to the ride ahead of time.

However, there are still some glitches, which is leaving Guests frustrated.

My kiddo has autism and ADHD so we registered him for a DAS. We were told he could use it for MNSSHP but from previous reports it sounded like he wouldn’t need it for rides that evening since everyone focuses so much on shows.

With the bad weather and show cancellations ride times were a little higher throughout the night. Trying to use the DAS was not easy. The app was super glitchy. Guest relations said the CMs were aware and would make adjustments. Those adjustments didn’t happen for us or several other families we ran into. It seemed like for some the DAS was fine but for others when you tried to scan in your virtual queue time would restart or if you were like my kiddo your redemption wouldn’t register and you’d be stuck in a return time that no one could clear and you couldn’t cancel it. I let guest relations know so hopefully if they receive enough reports they can fix it for others using DAS and attending special events.

It is unfortunate that these Guests experienced the frustrations they did during Mickey’s Not-So-Scary Halloween Party, but like the Reddit user said, we hope reporting on this will help Disney fix the issues at hand.

Tickets for Mickey’s Not-So-Scary Halloween Party are on sale now, but select nights are already sold out.

The following dates are sold out:

Have you experienced issues with DAS and My Disney Experience? Let us know in the comments below.