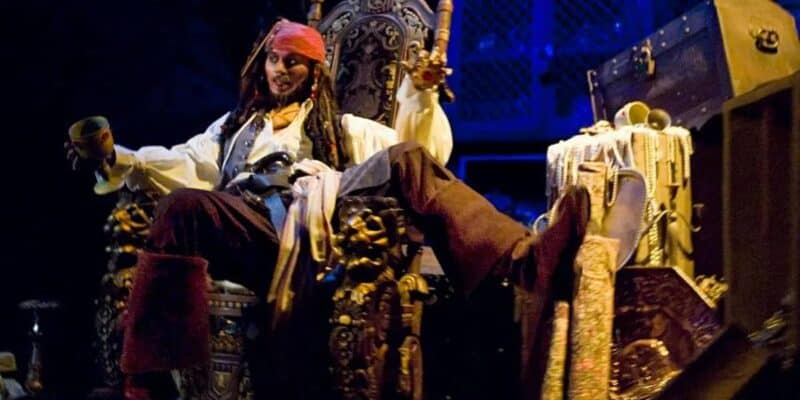 When visiting Disneyland in Anaheim, California, Guests have a wide array of rises and attractions to experience. From classic thrill rides like Matterhorn Bobsleds and Big Thunder Mountain Railroad to slow-moving dark rides such as Haunted Mansion and Peter Pan’s Flight, the iconic Disneyland Resort has it all.

But perhaps the most legendary attraction of them all involves pirates, lots and lots of pirates.

Eventually, the ride made its way to Orlando, Florida, after Guests demanded a version of the ride to be built in the Magic Kingdom.

Part of the reason the ride is so beloved comes from the music. Everyone knows the classic line “Yo-Ho-Yp-Ho A Pirates Life for Me,” and the characters sing along throughout the ride.

And speaking of characters, this is probably the most crucial aspect of the ride. Johnny Depp’s Captain Jack Sparrow can be seen multiple times throughout the ride, as well as various other pirates.

However, a few images shared on Reddit broke the news that a few characters are now missing on the ride. When looking at the pictures, you can see not one, but two figures are missing from the ride, the first being Old Bill and the second being the iconic dog animatronic.

At this time, we do not have a reason as to why Disney decided to remove these figures, but we hope it’s only due to maintenance and that they will return soon.

We see this happen with other animatronics on attractions such as Na’vi River Journey in Animal Kingdom and with Kylo Ren on Star Wars: Rise of the Resistance at both Disneyland and Walt Disney World.

While Pirates of the Caribbean is synonymous with theme park attractions, it also happens ot be one of Disney’s biggest movie franchises.

We recently reported on the news that Margot Robbie would not be taking over the franchise from Johnny Depp.

Have you noticed these missing characters?