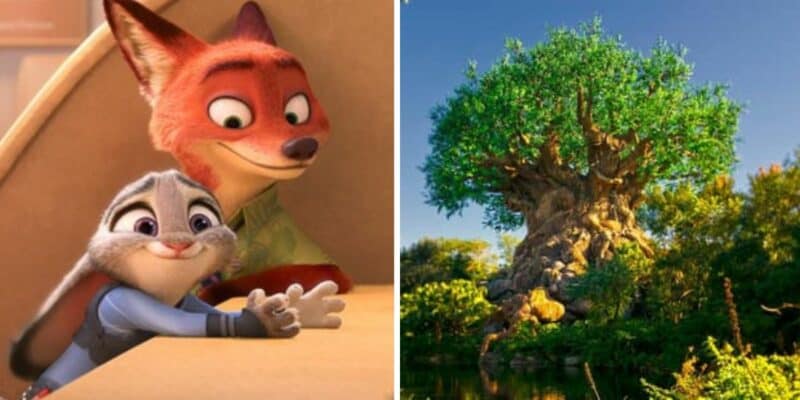 Guests can learn to draw some of their favorite characters from the Academy Award-winning film, Zootopia (2016) as well as this new Disney+ original series while visiting The Animation Experience at Conservation Station, located in Rafiki’s Planet Watch at Disney’s Animal Kingdom.

With this new experience, Guests have the opportunity to join Disney animators for a 25-minute-long class where Guests will learn to draw Judy Hopps, Nick Wilde, or Flash!

Animators will guide you step-by-step along the way, helping Guests bring these characters to life with just a paper and pencil while sharing some little-known fun facts about the world of Zootopia. Guests will also be able to learn about the real-world animals these characters are inspired by.

Guests will even get to see behind-the-scenes footage of research trips taken to the Park that were used as inspiration for the original 2016 film. During the experience, Guests will also have the chance to learn more about the conservation efforts at Disney’s Animal Kingdom dedicated to protecting animals around the world.

Check out our review of Disney’s Zootopia+ series here!

While it makes sense, this is an interesting franchise to bring to Animal Kingdom, especially after Disney revealed a potential overhaul of DinoLand U.S.A., teasing that Zootopia would be part of the new theme.

Nothing was confirmed, nor were there any dates or specific themes given, but concept art was revealed from the “blue sky” idea. “Blue sky”  is basically a design process that allows Disney Imagineers to think outside the box and not worry about budgets, not yet at least.

Will you be taking part in this new experience?