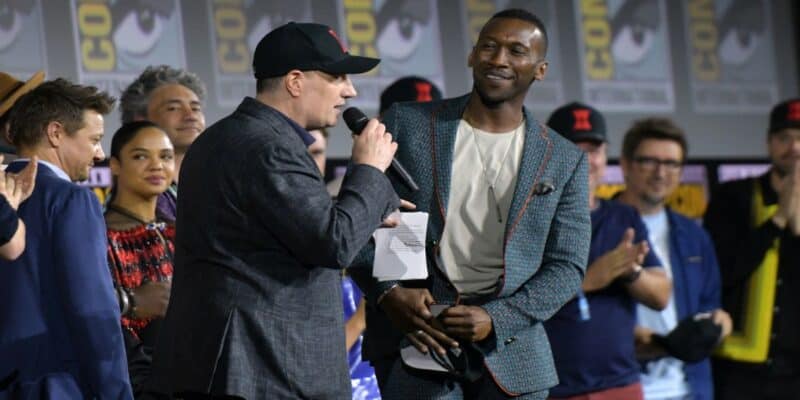 For a few weeks, Mahershala Ali’s Blade was in a bad spot.

After losing the director and having a terrible script, the movie was a disaster. Ali was unhappy, Feige was reportedly unhappy, and the fans were unhappy. Due to this, the movie was delayed, pushing projects further away, with Avengers: Secret Wars (2026) being pushed back six months.

Related: Chris Hemsworth’s MCU Future Is Up In the Air After Opening Up About Health Issues

At one point, fans expect to see more of the supernatural side of the MCU take the spotlight. The Midnight Sons are the perfect super hero to handle mysterious problems that other groups like the Avengers wouldn’t be suited to handle. With more supernatural characters entering the MCU, this team-up feels inevitable.

Unlike most MCU characters, Ali’s Eric Brooks/Blade has already made an offscreen appearance after he talked to Kit Harrington’s Dane Whitman/The Black Knight about if he was ready to touch the Ebony Blade. This fun cameo made many fans excited for the character’s arrival into the MCU.

Due to the delay, Blade went from releasing a year from now to September 6, 2024, which means fans will wait even longer to see the movie. While delays are not fun, the movie finally found a new director and writer.

According to The Hollywood Reporter, Yann Demange, who directed the pilot for HBO’s Lovecraft Country, will be the new director. Michael Starrbury will be penning a new script for the movie, and he has won an Emmy for his writing for an episode of When They See Us.

After the disastrous start for Blade, it’s doubtful that Marvel wants to repeat the same mistakes, which is why Kevin Feige must trust the two to deliver something worthy and exciting to the MCU.

It will be a while before the movie is ready for fans, but at least fans will be neck deep into Phase Five with Jonathan Major’s Kang the Conqueror jumping into all sorts of projects as the villain begins to take his spot as the new big bad of the Marvel Cinematic Universe.

What are your thoughts on Blade’s new director and writer? Let us know what you think!