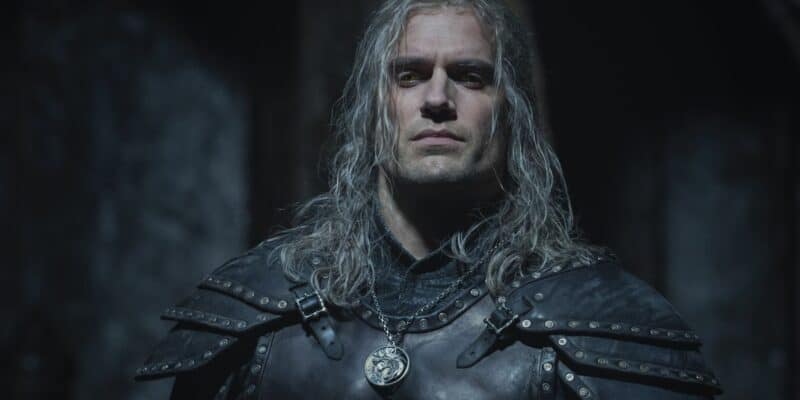 Everyone knows by now that Henry Cavill is hanging up his The Witcher swords to don the Man of Steel’s cape once again at DC — but there’s so much more to the story! Could Cavill as the fan-favorite iteration of Geralt return?

Apparently, the Superman/Clark Kent actor Henry Cavill did not take the returning DCU (DC Universe) role out of nowhere — new (and better) DC leadership promised by Black Adam star Dwayne Johnson likely played a huge role. Cavill is, if anything, passionate about the projects he’s in, and the portrayals of the often fan-favorite characters, which he insists on getting right. In fact, Cavill had previously been entirely down for up to seven seasons of Netflix’s The Witcher (2020) series, a fantastical, monster-fighting romp — but somewhere along the way, things allegedly changed for the British actor, who is a massive fan of The Witcher franchise of video games by CD Projekt Red and actively campaigned for the role himself.

The Witcher show on Netflix helmed by Lauren Schmidt Hissrich is based on the much-loved series of fantasy novels of the same name, by Polish writer Andrzej Sapkowski. They star (or perhaps, starred) Henry Cavill as Geralt of Rivia, AKA The White Wolf and the Witcher (a type of mutant, monster slayer-for-hire, in universe) in question. Along for the ride are Joey Batey as Jaskier, a travelling bard and arguably Geralt’s best friend, Anya Chalotra as the Sorceress and on-off again lover Yennefer of Vengerberg, Freya Allan as Ciri AKA Cirilla Fiona Elen Riannon, the crown princess of Cintra. Along the way they get tangled up with Mimî M. Khayisa as Fringilla Vigo, Eamon Farren as Cahir Mawr Dyffryn aep Ceallach, Mahesh Jadu as Vilgefortz of Roggeveen, Anna Shaffer as Triss Merigold, Tom Canton as elf Filavandrel, Mecia Simson as Francesca Findabair and Kim Bodnia as Witcher mentor Vesemir.

The fans of The Witcher franchise have not been keeping quiet about Henry Cavill leaving the role of Geralt and passing it on to Liam Hemsworth (yes, brother of Marvel Cinematic Universe’s Thor, Chris Hemsworth) — in fact, they’ve decided to organize. Witcher fans have turned up in droves to campaign for the return of Cavill as the white-haired, Drowner-punching hero Geralt of Rivia… but only if Netflix fire their current writers, whom Cavill allegedly has “beef” with.

The Change.org petition with a goal of 150,000 signatures has currently attained 141,082 at the time of writing, and is set to hit its target, and likely surpass it. The petition is explicitly addressed at Netflix themselves, and highlights the praise from The Witcher author and creator for Cavill’s performance in the titular role, with the petition itself titled “NETFLIX: You MUST keep Henry Cavill as The Witcher and replace the writers instead”. The petition reads:

Andrzej Sapkowski himself said about Henry Cavill: “I was more than happy with Henry Cavill’s appearance as The Witcher, he’s a real professional. Just as Viggo Mortensen gave his face to Aragorn, so Henry gave his to Geralt and it shall be forever so.”

Henry isn’t leaving The Witcher because of Superman, Netflix executives have once again made a grave decision against delivering for their fans. The reason why The Witcher is such a popular show is the fans’ love of the source material of books and games, that are hated by and have actively been mocked by the writers and showrunner. Henry Cavill is one of those big fans, he knows all of it inside out and wanted to stay true to Sapkowski’s world, which is why Netflix wants to replace him.

The upset Witcher franchise fans definitely want to show Netflix a thing or two, and make it clear just how much money they stand to lose if their most loyal are ignored — likening potential end of The Witcher to the (much criticized) ending of HBO’s Game of Thrones:

Let us show them in pure numbers (and thus lost money, because that’s all they really care about) that none of us Witcher fans will stand with them and will abandon the show (and potentially our subscriptions) after The Witcher season 3 is concluded. Netflix can only exist because all of us pay them monthly to produce content that is entertaining for us, unfortunately all public information points towards a production team making decisions that are completely opposite to the fans’ – our – interests.

We already had to suffer through the disaster that was the end of Game of Thrones – NETFLIX don’t repeat the exact same mistake of holding onto writers and showrunners that believe themselves to be superior to the actual creator of the stories that made them successful.

Whether Netflix decides to listen or not, however, remains to be seen. The Witcher‘s fans absolutely seem dead-set on getting Cavill back, but there’s also another factor to all of this that few may have thought of — whether Henry Cavill himself wants to come back, after all that’s happened. With a new Superman movie seemingly on the horizon, and a role in Netflix’s Enola Holmes series of films, who knows if Cavill even has the time?

What do you think of this The Witcher petition? Will you be signing it? Share your thoughts in the comments below!