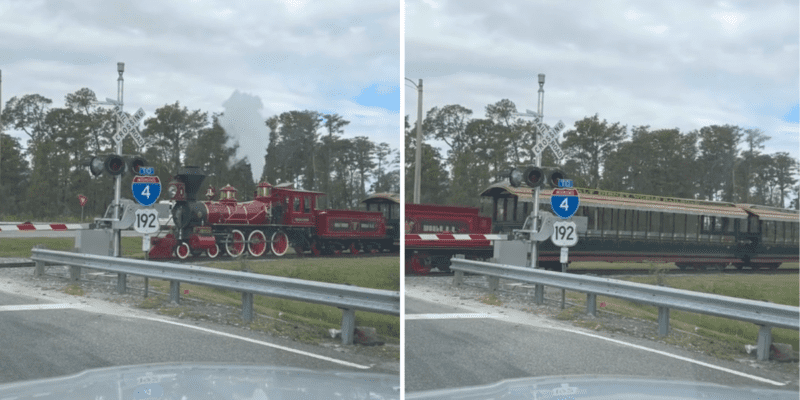 As Walt Disney World Resort prepares for the grand opening of TRON Lightcycle Run in Tomorrowland at Magic Kingdom, Disney Parks fans are hopeful that a classic attraction will return along with it.

The Walt Disney World Railroad closed in 2018, as the tracks needed rerouting to make space for the TRON rollercoaster. TRON officially opens next spring, leaving Disney Park fans to wonder about the steam train’s reopening date.

We saw this as we were going to our reservation today. How cool?!?!?! #magickingdom #disney #disneytiktok #disneytrain #waltdisneyworld #wdw

Inside the Magic will report the reopening date of the Walt Disney World Railroad as soon as it is announced!

Walt Disney loved steam trains so much that he insisted one circle both of his original American Theme Parks – Disneyland Park and Magic Kingdom. From Disney:

Listen to the clamor of the engine, the chug of the wheels and the call of the whistle as you travel aboard the Walt Disney World Railroad.

Take your seat on 1 of 4 meticulously restored, vintage narrow-gauge steam trains—originally built between 1916 and 1928—and enjoy a relaxing 20-minute, 1.5-mile scenic round-trip tour.

When was the last time you rode the Walt Disney World Railroad?