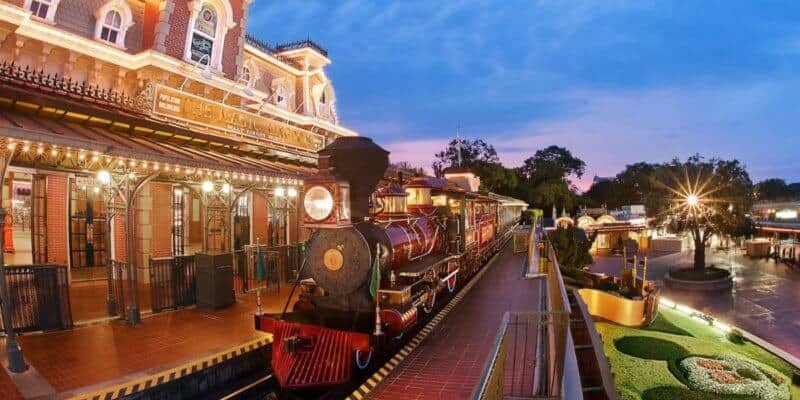 Guests used to be able to sit back and relax as it took them around the entire Park. Unfortunately, The Walt Disney World Railroad has been closed since December 2018, meaning we’re quickly approaching the attraction’s four-year anniversary of its closure.

The railroad was closed due to the ongoing construction of Disney World’s highly-anticipated version of the TRON roller coaster, which first opened in Shanghai Disneyland.

We were hoping to get more information during Disney’s D23 expo, but the event came and went with no mention of when we can expect the railroad to return.

Disney was also notably silent on Disneyland’s PeopleMover, something a lot of fans had hoped they would discuss at the event.

However, Disney has not forgotten about this beloved attraction, as several Guests spotted the train entering the Magic Kingdom. You can see the train in motion thanks to a video captured by a Guest earlier today:

As you can see, the train was seen moving as it entered the tracks at Magic Kingdom. While we still don’t have any concrete information on the return of this attraction, this is definitely a step in the right direction!

Have you been missing the Walt Disney World Railroad?