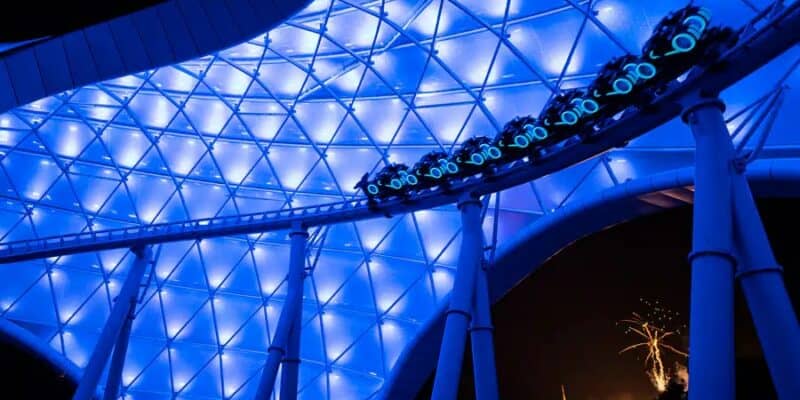 The anticipation for Walt Disney World’s version of Shanghai Disneyland’s TRON coaster is unmatched. Announced all the way back in 2017, some Guests have quite literally grown up watching this attraction be built.

Disney Parks fans have watched every detail of the construction process— including the delivery of the sleek ride vehicles —  even waiting patiently throughout Walt Disney World Resort’s pandemic-related closure in 2020, and now, finally, their patience is being rewarded.

Disney confirmed that the ride would be opening in “Spring of 2023” and while vague, it’s the most concrete timeframe we have ever received for the attraction.

Since the D23 expo, we have continued to see the roller coaster being tested, running multiple trains a day. As shown in the video below, TRON Lightcycle/Run could be seen testing it again:

From what we gather, the actual attraction is practically done. It’s the queue and surrounding areas that still need work.

Based on the popular film franchise of the same name, TRON Lightcycle Run in Orlando will be heavily influenced by the TRON Lightcycle Power Run coaster at Shanghai Disneyland.

Are you excited for this roller coaster to open at the Magic Kingdom?