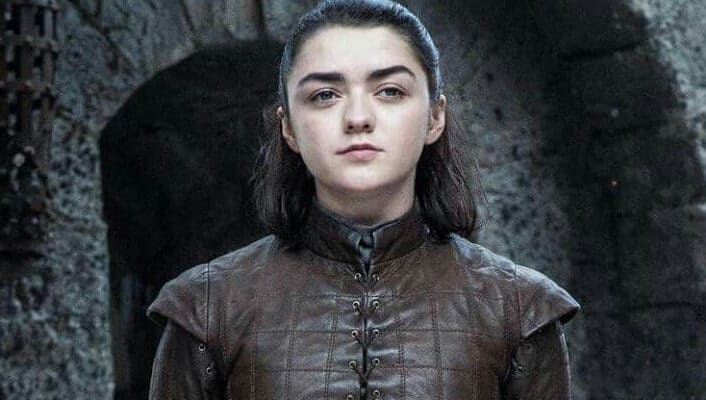 It seems like the Arya Stark actor has something… not-so-positive say about the most recent MCU-and-Sony Spider-Man film.

Actor Maisie Williams is most well-known for her role in HBO Max‘s explosively popular fantasy series, Game of Thrones as Arya Stark, and is also known for her more recent role in Sony (and technically Marvel) film The New Mutants (2020) as the super-powered character Wolfsbane.

Now, it appears she has some pretty… divisive opinions about the most recent Marvel Cinematic Universe (MCU) Spider-Man movie, produced with The Walt Disney Company’s Kevin-Feige-led Marvel Studios in conjunction with Sony Pictures Entertainment’s Columbia Pictures who own the Spider-Man character film rights.

Williams has thoughts about Tom Holland’s iteration of Peter Parker in Spider-Man: No Way Home (2021), which introduced us to the Multiversal variants of Peter Parker – The Amazing Spider-Man’s (2012) Andrew Garfield and Sam Raimi Spider-Man trilogy’s Tobey Maguire.

Fans of the Marvel Cinematic Universe said farewell to Marisa Tomei’s Aunt May, who was caught in the fray when Holland’s Peter Parker tangled with the villainous Green Goblin/Norman Osborn (Willem Dafoe), as well as Jamie Foxx’s Electro and Alfred Molina’s Otto Octavius. With the help of the other Spider-Men, the MCU’s Peter Parker managed to triumph over evil — at great personal cost.

Related: “Kevin Feige, What Are You Waiting For?”, Fans Upset That Beloved MCU Actress Has Not Been Cast In Marvel Reboot

However, it appears that the Game of Thrones alum did not feel that sacrifice as keenly as perhaps many others did.

In an interview with Frank Film Club, 25-year-old Maisie Williams was asked what her “biggest film disappointment of the year” was, and the actor responded:

My biggest film disappointment was the new ‘Spider-Man’. Not ‘Far From Home’. They all have really similar titles. But it just wasn’t my fave. They had Benedict Cumberbatch come in and play Doctor Strange. And then they had the three Spider-Men all together. It was that one.

Williams goes on to explain her reasoning, stating that she felt it was the excitement in getting them “all on screen together” that led to it missing “a little bit of soul”:

And I feel like they were just so excited to get them all on screen together that it just missed a little bit of the soul. But I love this new reboot and I will watch the next one. But it was just a little bit disappointing.

She even proceeds to say that she was loving the journey of each earlier film in the MCU’s Spider-Man series starring Tom Holland, namely Spider-Man: Homecoming (2017) and Spider-Man: Far From Home (2019):

I just think that they started exploring so much. Like, I was so with these characters. Just above it being Spider-Man, I was loving the journey of each film. But this one felt like it was lacking just a little bit.

Williams also touches on the death of Aunt May in the Marvel Cinematic Universe, and compares it to how she felt with the Aunt May counterpart’s loss in the Andrew Garfield Amazing Spider-Man films, stating that “somehow [she didn’t] really care”:

Aunt May died, and in that Andrew Garfield reboot I was sobbing, and like when Aunt May died [in ‘No Way Home’] the pacing of it, I was like ‘Oh, somehow I don’t really care.’ Maybe I’ve changed.

It appears that the almost subtle and in some ways painfully realistic death of Aunt May at the hands of Willem Dafoe’s Green Goblin/Norman Osborn, and the emotional ending where Peter Parker chooses to remain anonymous over revealing himself to his once-best friends did not pack the same emotional punch for Williams as it did for many others. It is indeed true that the story in this iteration of the web-slinger’s tale did not focus as much on the day-to-day responsibility-juggling of Holland’s Peter Parker, but with the direction that the MCU is headed with trying to manage its Multiverse Saga, and the fact that Marvel Studios head Kevin Feige wants Tom Holland’s Spidey to head the “street-level” team along with Charlie Cox’s Matt Murdock AKA Daredevil, it makes sense in the grand scheme of things to attempt to tie the ever-growing Multiversal threats, the power vacuum left by Tony Stark (addressed in Far From Home to an extent), together with Peter Parker’s own guilt at hurting the people closest to him by remaining the Friendly Neighborhood Spider-Man.

The full clip from the interview with Maisie Williams can be watched here:

Do you agree with Maisie Williams’ comments about Spider-Man: No Way Home? Share your thoughts in the comments below!