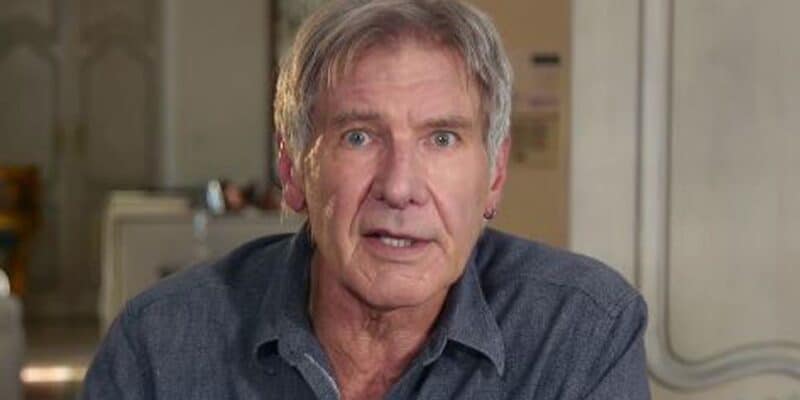 Now that Harrison Ford is officially joining the MCU, it seems like some exciting things are in store!

Harrison Ford is reportedly starring in “Captain America 4”, officially Captain America: New World Order (2024). This final Phase Five movie from The Walt Disney Company’s Marvel Studios superhero behemoth the Marvel Cinematic Universe (MCU) will follow the exploits of Sam Wilson (Anthony Mackie), previously known as Falcon, as he navigates taking on the mantle of the new Captain America. Mackie’s Sam Wilson will work with The Falcon and The Winter Soldier (2021) co-star, Sebastian Stan’s Bucky Barnes once again — now with Wilson wielding Steve Rogers’ iconic red, blue and white vibranium shield. Soon after, Stan will head off for the upcoming Thunderbolts (2024) — in which Ford is reportedly also likely to feature.

Who will Harrison Ford play in the MCU?

The timing is just right that the Star Wars legend and Han Solo actor will be hanging up his hat and whip with the new “Indiana Jones 5″ film — the last in the Indiana Jones series of movies. With the new Indy film coming out in 2023, and that final movie departing from tradition directed by Steven Spielberg now directed by James Mangold (though music is still by John Williams).

With Indiana Jones wrapping up for good, Harrison Ford will step into the Marvel Studios MCU role of Thaddeus Ross, AKA “Thunderbolt Ross”, who was previously played by the late William Hurt. This role is significant because in the Marvel Comics, Thaddeus Ross becomes the villain known as Red Hulk — another “Hulk” in the same vein as the Incredible Hulk/Bruce Banner, or now Smart Hulk (Mark Ruffalo) and She-Hulk/Jennifer Walters (Tatiana Maslany) — with superhuman strength, agility, bulletproof skin and well, the muscles. But this time? In red.

Nate Moore, producer of Black Panther: Wakanda Forever (2022) has come forward with some news from Marvel Studios about Ford’s upcoming role, during an interview with Phase Zero podcast’s Brandon Davis. When asked if Ford was going to become the Red Hulk in Captain America: New World Order, Moore had this to say:

I think you’re going to have to wait and see, you know what I mean? But, Harrison Ford, we couldn’t be more excited. Obviously, when you have Han Solo, or Indiana Jones involved in your movie, it just raises the game. So we’re excited to see [Anthony] Mackie and Harrison Ford in scenes together. I think it’s going to be fantastic.

Marvel coming forward to say that Ford’s role will be “fantastic” could actually be indicative that they’re doing something “interesting” with the seeming villain role — with Marvel Studios reportedly severing Thunderbolt Ross’ existing ties to the military, making him a private citizen with military connections. No longer “General Ross”, this could possibly hint that Thaddeus Ross might not be the wholly “bad guy” people expect. Additionally, the specific use of the word “fantastic” could be hinting at possible Fantastic Four and Doctor Doom tie-ins — though that’s a bit more of a longer shot.

Why is Harrison Ford’s casting controversial?

Hurt has played the role of Thaddeus “Thunderbolt” Ross since the very first MCU installment, the Incredible Hulk (2008), so it’s definitely a significant role they may not be able to cast off on a different actor like they did with Colonel James Rhodes/War Machine (Don Cheadle) AKA Iron Man’s friend “Rhodey” who used to be a totally different actor, Terrence Howard.

The reason why Ford’s casting has been met with a fair amount of criticism lies in the fact that this recasting is the first time a dead Marvel Cinematic Universe actor has been recast with a totally new actor. With Black Panther: Wakanda Forever proceeding with a plot that works the loss of existing MCU Black Panther/King T’Challa and Chadwick Boseman’s passing into the story, Marvel Studios has been very adamant on a “farewell to T’Challa” storyline despite fan backlash calling for boycotts amidst the #RecastTChalla movement.

Now, Marvel Studios’ recasting of the late William Hurt with Harrison Ford in Captain America: New World Order and Thunderbolts, appears to be an action seemingly out of line with their prior position. Fans angling for the recasting of T’Challa believe that it would be doing more to honor T’Challa to properly recast instead — something that even Chadwick Boseman’s brother agrees with. However, it seems William Hurt was not afforded the same treatment by those at Marvel Studios.

What do you think of Harrison Ford’s casting? Are you looking forward to the character in Captain America: New World Order? Share  your thoughts in the comments below!