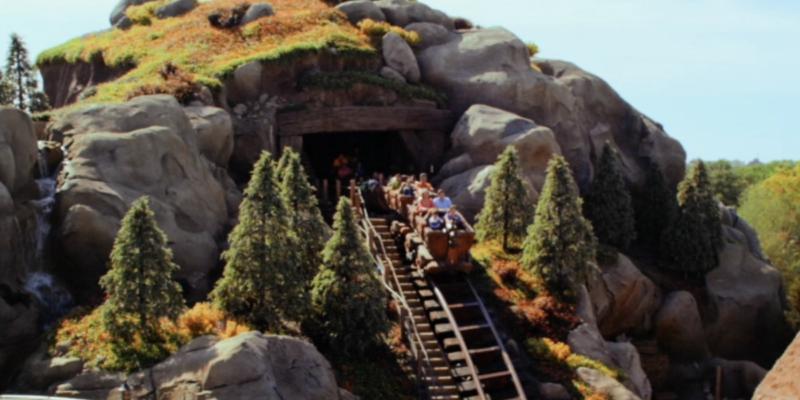 We’ve reported several fights at Walt Disney World and Disneyland Resort this year, including a Magic Kingdom brawl that left one person hospitalized and two families banned from the Disney Parks.

This week, a different kind of altercation broke out in Fantasyland. @idreamofdisney21 was in line for Seven Dwarfs Mine Train when she caught an intense moment between two uninvited Disney Park Guests… squirrels!

Luckily, we’re confident that no one was injured in such an intense squabble! Perhaps one of them wanted to ride Peter Pan’s Flight instead?

Seven Dwarfs Mine Train became Walt Disney World Resort’s only Snow White and the Seven Dwarfs (1937) attraction when the New Fantasyland expansion opened at Magic Kingdom in 2012. From Disney:

Whistle While You Wait

Before embarking on your mine train adventure, try your hand at jewel sorting, then wash them with water spigots that play tunes you’ll recognize. When you come across a collection of wooden barrels overflowing with glowing stones, turn each barrel and watch as the ceiling above you is transformed.

Don’t miss the notes that Doc left for you!

Have you ever seen fascinating animals at Walt Disney World Resort?