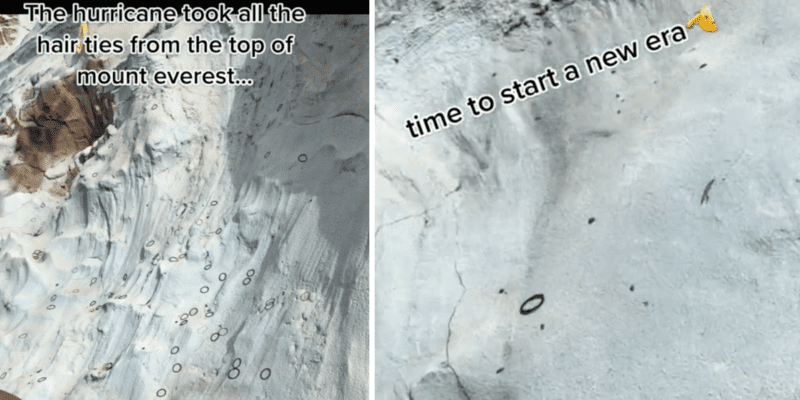 Since the ride opened, it’s been a fan favorite for its immersive thrills. But many Disney Park Guests have taken that immersion to another level, leaving a hair tie behind at the mountain’s peak, just like many climbers leave equipment and other tokens behind.

This remains a controversial trend among Disney Parks fans, with some calling it harmless and others demanding the practice be banned.

“Time to start a new era,” Stephens wrote. Over 60,000 Disney Parks fans liked the video, but it received so many angry comments that Stephens turned commenting off.

Despite the backlash, Stephens won’t be the last person to throw a hair tie on Expedition Everest! Look to your right when you reach the mountain peak on your next Walt Disney World Resort vacation to watch the collection grow.

More on Expedition Everest – Legend of the Forbidden Mountain

Careen through icy Himalayan peaks on a speeding train while avoiding the clutches of the mythic Yeti.

Have you ever tossed a hair tie on Expedition Everest?