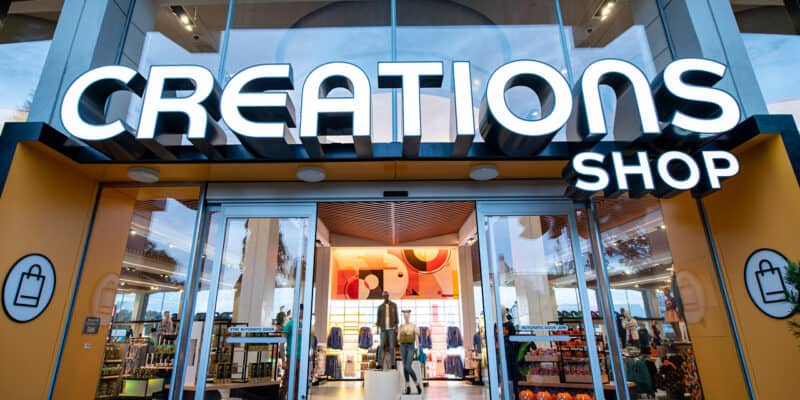 Creations Shop was one of the first projects to open last year amid seemingly constant construction at EPCOT. Under the shadow of Spaceship Earth and Guardians of the Galaxy: Cosmic Rewind, Guests can purchase souvenirs from their unforgettable Disney Parks vacation.

However, some Guests report that this new Walt Disney World Resort merchandise location is already facing significant issues. One Guest said the shop “smelled like a fart” and overheard Cast Members discussing a leaky sewage pipe.

Many other Guests corroborated the story of the mysterious stench. “It was AWFUL! I hope they got it fixed,” Reddit user u/jmccrary87 replied.

“My husband and I were there last week and I said the same thing,” u/weerock4ammy wrote. “I noticed it in the adjoining areas as well.”

Another Guest noted that they “saw engineering/maintenance crew members on the roof a few days ago.”

However, some Disney Parks fans said the smell has been an ongoing problem for decades. “There’s a running joke that there’s thousands of buried/used diapers underneath the concrete,” u/nkuhl30 said.

“I remember the old Starbucks across the way having the same smell years ago, and possibly innoventions too? I’m worried it won’t ever go away,” u/timerover wrote.

Stop by this new flagship store to shop for magical mementos and explore original works of Disney art.

Creations Shop features a bold, sleek design that creates a perfect showcase for the rich variety of items you’ll find as part of your EPCOT experience. It’s an open, bright and welcoming environment with huge glass walls that allow sunlight to pour in—connecting you with the natural beauty outside. In its design, Disney Imagineers used color, materials and light in new ways, with some unique EPCOT touches that connect back to the park’s storied past while looking to the future.

As a character, Mickey is the symbol of creativity for the Walt Disney Company and stands as an ambassador of that idea within Creations Shop. You’ll discover homages to him throughout the space, including large, dynamic murals and new artist expressions that showcase the global, contemporary icon that Mickey has become for generations around the world.

Have you noticed any strange smells at EPCOT?