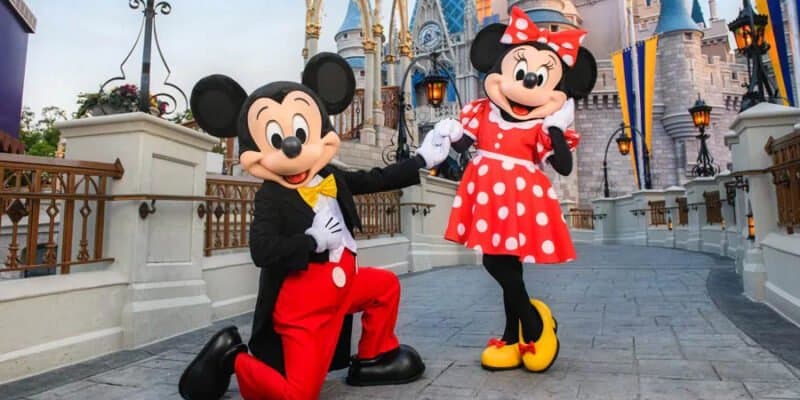 The magic of a Disney theme park Resort is that it’s not only just attractions and characters and Mickey Mouse merchandise, it’s nostalgia and memories and a place where family, friends, couples, and groups can share magical moments with each other.

That is what Walt Disney World Resort was to Joyce and Gordon Jackson from Wales, United Kingdom. And that is why Joyce Jackson, 78, wanted to bury some of her late husband’s ashes on the Disney property — until it all went wrong.

Walt Disney World means a lot to a lot of people. Despite recent controversies surrounding rising prices, Park Passes, and trouble for Annual Passholders, the Disney Resort in Orlando, Central Florida draws millions each year. From long-planned family vacations to spur-of-the-moment trips to Disney Springs, Disney World retains its Most Magical Place status, at least judging by the sheer volume of Guests that attend the theme parks year after year.

For Joyce Jackson, her memories of Walt Disney World Resort are special, thanks to her husband, Gordon. Unfortunately, Mr. Jackson suffered a tragic accident and lost his life. To honor his memory and celebrate the many trips they had to the Disney Resort, Mrs. Jackson planned a trip to the United States in order to bury some of his ashes, along with their wedding rings, in one of the gardens of their favorite Disney hotel Resort — “Gordon loved it there.”

But the plans to make this new memory at Disney’s Caribbean Beach Resort would end in an upsetting disaster for Mrs. Jackson, as the airline on which she traveled to Florida would lose her suitcase. Mrs. Jackson told North Wales Live (via Manchester Evening News):

“Gordon absolutely loved it there. He would talk to the characters. It wasn’t a pilgrimage but I wanted to bury some of his ashes and our wedding rings there.”

The widow went on to explain the events that led to her arriving at Orlando International Airport (MCO) without her treasured items:

“At Manchester Airport I was told I had to use the self-service bag drop. I did that and got a luggage label. A man put it on. It wasn’t a sticky label where you loop it round a handle and stick both ends together. It was more like a paper one. But it must have come off.

“But the worst thing about it was the ashes and rings were in the suitcase. I know you can’t take a person’s ashes with you so I only had a few ashes and our wedding rings. I was going to bury them in a garden at Caribbean Beach Resort. The main ashes are in a rose pot in our garden.”

Mrs. Jackson, a self-confessed light traveler, did not even have a toothbrush or spare change of clothes on her upon landing in Florida and realizing her suitcase was over 3,000 miles away. The 78-year-old said that Virgin Atlantic “didn’t care” about the mishap and instead it was Disney that helped the Guest.

“I had to wash my underwear every night with shower gel. But Disney were very good, considering it was not their problem. They gave me a toothbrush and arranged for a taxi to take me to a supermarket so I could buy hairspray and toothpaste. I also bought three dresses, a T-shirt and a bag.”

Related: Fans Disrespect Walt Disney’s Grave on Social Media, Many Claim It Is “So Plain”

Despite believing this was her last chance to bury the ashes in Florida — she said, “I can’t go back because I can’t afford it and I’m 78,” — and keep her husband’s memory alive in the Sunshine State and at the Disney Park, Mrs. Jackson plowed on with her Disney vacation, an action that she says her husband would have been proud of her for.

“I couldn’t stay in a hotel room. I did go out every day. I had to enjoy it. I went on the boats and the cable cars – I went to the places that we loved. It was not a pilgrimage. It was not sad until they lost the suitcase then it was sad.”

Joyce and Gordon has been married for 57 years until tragedy struck last June when Mr. Jackson suffered a fainting episode outside and fell, fracturing his skull. He never woke up.

As for Virgin Atlantic, the airline has apologized to Mrs. Jackson and is investigating what happened to her suitcase at Manchester Airport.

Have you ever lost a treasured item at the airport? Let us know in the comments down below!