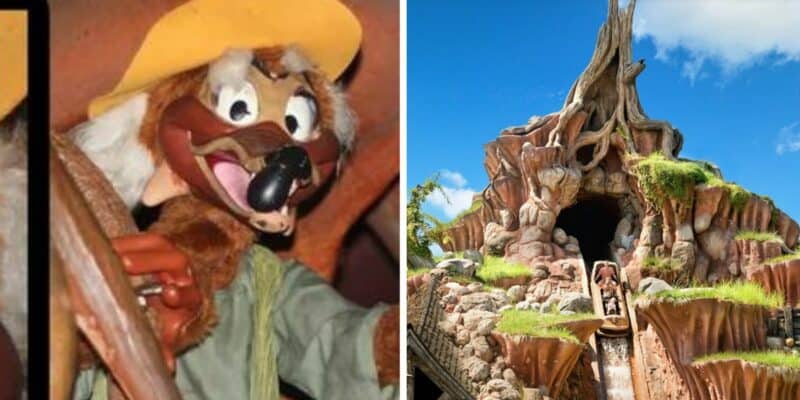 When visiting Disneyland, Guests must make a choice: which Park first? From the classic dark rides of the Disneyland Resort to thrilling encounters at Disneyland California Adventure, there’s no wrong choice.

But even though Disneyland offers so many great rides, attractions, and experiences, Splash Mountain has to be one of the most beloved attractions in all of Disney Parks history.

The ride is currently located at both Walt Disney World Resort and Disneyland Resort, as well as Tokyo Disneyland, but soon a new ride will be taking over.

The attraction is based on the film Song of the South, which is extremely controversial as many deem it racist. Because of how controversial this film is, a retheme was announced for the attraction a few years ago, which would turn it into a ride based on Princess and the Frog (2009). In fact, the movie is considered by many the most controversial and notorious film in Disney’s history.

Reports have been flooding in that the attraction is in a desperate state currently. Guests have indicated that the lighting system is malfunctioning, as well as numerous animatronics. One photo went viral on Reddit showing a Br’er Fox animatronic, which you can see below:

Br’er Fox, are you Ok? from disneyparks

As you can see, the animatronic looks completely smashed and beat up, as if it has not been “touched up” in decades.

It’s quite shocking to see the sad state this beloved experience is in, especially considering these are the final times we’ll get to ride it.

Of course, it wouldn’t make sense for Disney to give this attraction a full refurbishment as it is expected to close sometime in the next few months. But still, seeing a ride as legendary as Splash Mountain in the shape that it’s in is a gut punch to those not ready to say goodbye just yet. But again, we couldn’t be more thrilled to see the official opening of Tiana’s Bayou Adventure, which is slated for 2024.

Are you excited about the new ride taking over Splash Mountain?