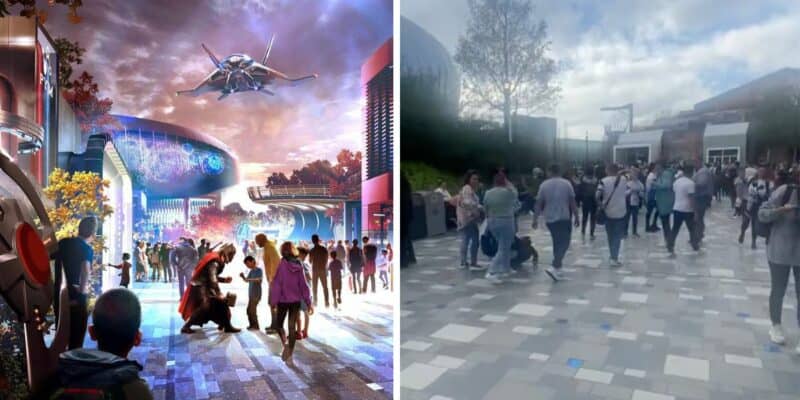 We guess not everything can be magical 24/7.

Related: “We Will Respond in Court”, Disney Speaks out on New Lawsuit

The Disneyland Paris Resort is currently facing a “giant” power outage. The outage is specifically affecting the Walt Disney Studios Park at the Resort, which features rides like the Twighlight Zone Tower of Terror as well as Crush’s Coaster.

This was shown in the tweet linked below from Disneyland Paris Works (@DisneylandWorks):

[Live] Live from the parks ! It seems that a giant power outage has invaded the Walt Disney’s Studios park. Restaurants, attractions are being evacuated and areas no longer have music

[Live] Live from the parks ! It seems that a giant power outage has invaded the Walt Disney’s Studios park. Restaurants, attractions are being evacuated and areas no longer have music. 🔋 pic.twitter.com/mTTMrda7W8

As we said, even though it comes close sometimes, not everything can be perfect all the time at the Disney Parks and Resorts.  Hopefully, the issue can be resolved soon, and Guests can continue about their day in the Park. The Walt Disney Studios Park hosts many fan-favorite rides and attractions and is the home to Disney’s newest version of Avengers Campus.

On July 20, 2020, Disneyland Paris celebrated the official opening of its Avengers Campus, a land entirely dedicated to Marvel. The opening coincided with their 30th Anniversary Celebration, which has offered new shows, festivities, and experiences all year.