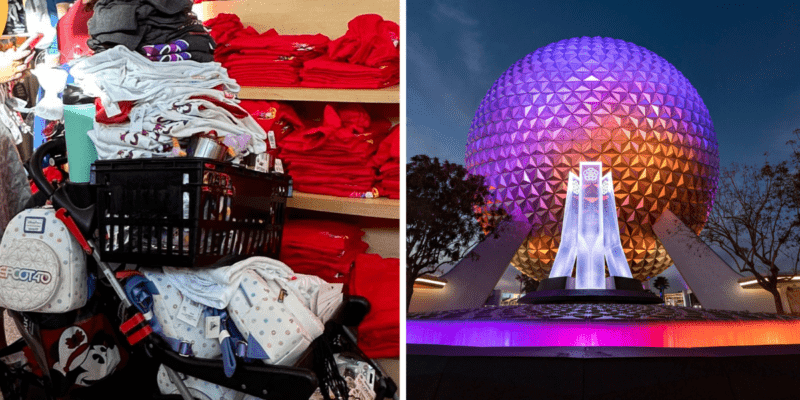 Guests have been rushing to snag the latest merchandise from Disney World’s second-oldest Park.

Anytime there is a special holiday or limited-time event at the Disney Parks, you can bet your Mickey ears that Guests will be offered some unique and more limited merchandise. We have seen this at Walt Disney World, with Guests going crazy for cups, mugs, and bags as the Resort continues celebrating its 50th anniversary.

Unfortunately, this sometimes means that certain Guests will start to hoard this special merchandise in order to resell it later for a higher cost, as is the case with EPCOT’s 40th anniversary.

EPCOT celebrated its 40th anniversary on October 1 to much fun and fanfare. Eleven years after Magic Kingdom opened at the Walt Disney World Resort, The Walt Disney Company welcomed Guests to experience a new Disney Park–one that would take them on a journey of discovery that asked the questions, “what does the future look like, and how can we embrace that future?”

This anniversary contained some fun celebrations and included some great limited-edition merchandise. Unfortunately, this means that Guests took their chance to turn a quick profit.

Currently, there are tons of EPCOT 40th anniversary products for sale on eBay, ranging from exclusive pins to the free pamphlets that were handed out.

One Guest even snapped this photo of another Guest hoarding merchandise on a stroller:

Sadly, this is why we can not have nice things. #DisneyWorld #EPCOT #EPCOT40

Sadly, this is why we can not have nice things. #DisneyWorld #EPCOT #EPCOT40 pic.twitter.com/ck4zEpMbSR

This is far from a rare occurrence, as, in the past, Guests have flocked to Disneyland Paris to scoop up its 30th-anniversary merchandise.

While Disney usually has a policy on how many items Guests are allowed to buy, Guests have ways around this, as we can see above. Typically, Guests will bring their kids as every Guest can make a purchase, even from the same party, and as long as the size or skew is different, the product counts as a “new” one. Hopefully, the merchandise lasts for those Guests wanting to purchase it for themselves.

What did you think of EPCOT’s 40th anniversary?