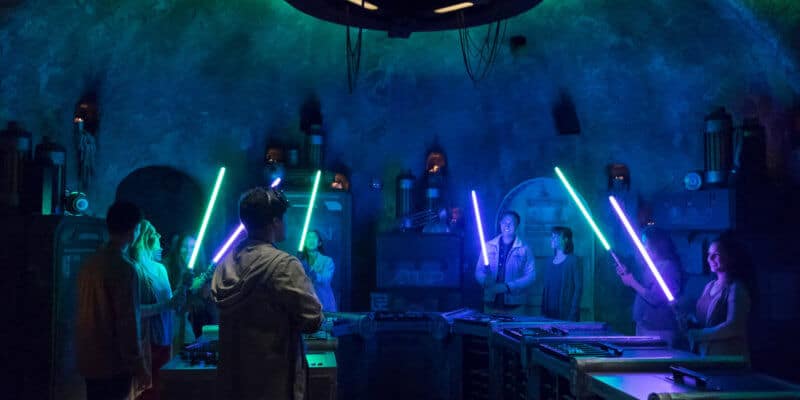 One Guest was disappointed after receiving an extremely expensive Disney Parks item broken for the second time, wondering if the next time they get a replacement, the item would actually work.

Since Star Wars: Galaxy’s Edge opened at Disneyland Resort and Walt Disney World Resort in 2019, fans of the popular franchise have traveled from across the world to experience the highly immersive land. With exclusive merchandise, highly detailed collectible replicas, popular characters roaming the land, out-of-this-world dining offerings, and some of the most exclusive — and costly — experiences at Disney Parks worldwide, Star Wars: Galaxy’s Edge has quickly become a must-do for Disney and Star Wars fans across the world.

While Star Wars: Galaxy’s Edge is one of the most popular lands at Disneyland and Disney World, it is also one of the most controversial, as many fans consider some of the experiences to be overpriced for what they offer, and with the recent price increases across The Walt Disney Company, the problem has grown worse. In addition, there have been multiple comments regarding the quality of the items available at the Star Wars-inspired land and the Cast Members’ service.

One of the most recent comments involves one Guest who has received a broken lightsaber from Star Wars: Galaxy’s Edge twice. Redditor u/NcgreenIantern shared an image of his lightsaber, built at Savi’s Workshop – Handbuilt Lightsabers, with almost half of the blade completely turned off, commenting that this was the second time this had happened to him. The post reads:

Fellow Redditors commented on the infuriating situation, but the original poster seemed pretty calm about it, commenting that at least the second blade was wrapped better than the lightsaber blade he initially received.

When asked if he had reached out to Disney to get another replacement, u/NcgreenIantern said, “We actually had a damaged Christmas ornament too. We didn’t have to send anything back but we needed to take pictures of everything and have pictures of our receipt and it was fine. It does take a while to get replacement stuff though.” It is unclear if the Guest has received a response from Disney after the unfortunate incident.

This is not the first time something like this has happened, as earlier this year, one Guest was devastated after receiving two lightsabers, racking up to nearly $500, completely bent and broken. You can read more about this story here.

Have you ever received broken merchandise from Disney? What was your experience like? Let us know in the comments below!

Comments Off on Disney Parks Ship Faulty Overpriced Merchandise TWICE, “Hopefully the Next Replacement Will Work”