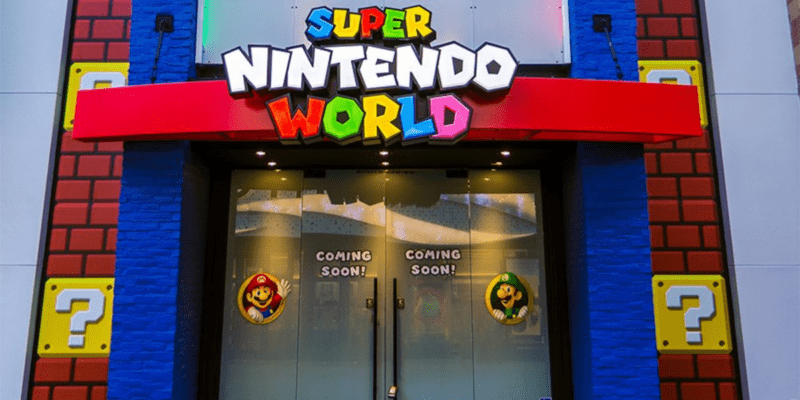 An all-new Super Nintendo World store is coming to Universal Studios Hollywood’s CityWalk in preparation for the Park’s upcoming expansion.

Universal Studios Hollywood (@UniStudios) posted about this upcoming Mario Bros.-themed location on Twitter, commenting that Super Nintendo World would be coming soon to the Park’s CityWalk. However, the Park didn’t mention a possible opening date.

While Universal’s tweet lacks information regarding this new experience, it is exciting to see more of Super Nintendo World arriving at Universal Studios Hollywood in preparation for the Park’s upcoming expansion.

There has been some discussion online regarding this announcement. While some fans are commenting this could be some sort of preview experience to the future Super Nintendo World expansion at the Park, the location will most likely be a store.

At this time, it is hard to tell if Super Nintendo World will be a temporary addition or a permanent location at Universal Studios Hollywood CityWalk. However, the latter sounds like the most likely option to be taken by Universal, especially considering that Universal CityWalk is already home to The Universal Studio Store.

The Universal Studio Store allows Guests to purchase apparel, candy, souvenirs, toys, and collectibles from their favorite movie and pop culture characters from yesterday and today, including The Wizarding World of Harry Potter, Transformers, Jurassic Park, The Simpsons, Despicable Me and Minions, and so much more, even if they can’t enter the Park during their visit. Keeping that in mind, it would make sense to add a similar opportunity for fans of the Mario Bros. franchise with this Nintendo-themed store.

However, this is purely speculative at the time, as Universal Studios Hollywood has not released any official information regarding this new Super Nintendo World location. Inside the Magic will update you as more information is released.

Guests visiting Univeral Studios Hollywood can gear up for the grand opening of Super Nintendo World with all kinds of exclusive apparel and collectibles at the Feature Presentation Store currently open in the Park’s Upper Lot.

Universal Fans are also eager to see Universal’s Epic Universe open its doors in 2025. Epic Universe will be the largest Universal Park in the United States and second globally, just behind the upcoming Universal Studios Beijing. It reportedly will house at least three significant intellectual properties: entries from DreamWorks Animation, Illumination (the makers of Despicable Me and the new The Grinch), however, that is currently speculative, and Nintendo, which will anchor the whole theme Park.

Are you excited to visit the new Super Nintendo World? Let us know in the comments below!