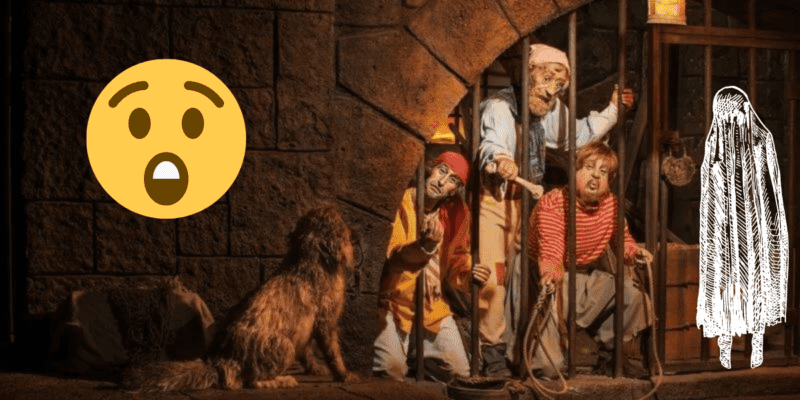 There have long been stories of ghosts at the Disney Parks – not just on The Haunted Mansion! Disney Cast Members frequently tell tales of saying goodnight to spirits on rides like “it’s a small world,” Space Mountain, and The Matterhorn.

In the video, Davies describes sitting in the back of the boat with her partner, Drew, when she noticed a ghost boy with pitch black eyes staring at her. The couple told the spirit to leave, and he acted annoyed but allegedly complied.

However, just a minute later, Pirates of the Caribbean broke down. Davies implies that the ghost boy broke the ride because they asked him to leave.

Of course, we can’t confirm paranormal activity at Disneyland Park… but you never know!

Have you ever seen a ghost at a Disney Park?