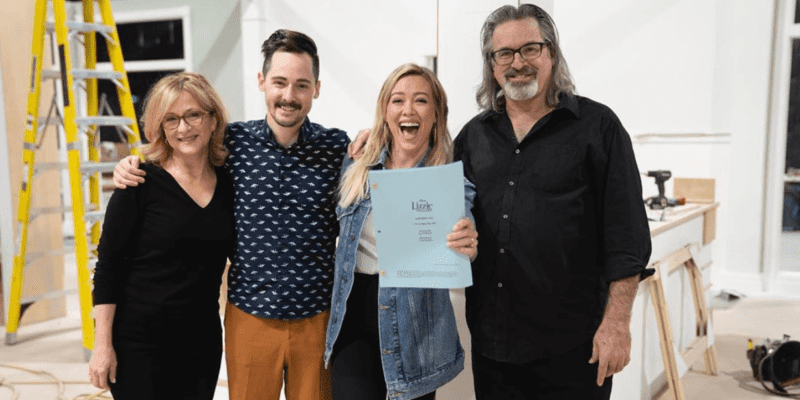 Lizzie McGuire fans are still mourning the loss of the reboot, which really could have been epic. The original cast of the Disney Channel show were all expected to return to reprise their roles — including Hallie Todd (Jo McGuire/Lizzie’s Mom), Robert Carradine (Sam McGuire/Lizzie’s Dad), and Jake Thomas (Matt McGuire/Lizzie’s brother). Also previously announced were Adam Lamberg as Gordo and, of course, animated Lizzie.

It’s been a long road for the reboot ever since it was announced at the D23 Expo in 2019. Back in February 2020, we reported that Hilary Duff suggested the Lizzie McGuire reboot was not exactly “family-friendly” enough for the Disney streaming service. Similar to why the Love, Simon series — Love, Victor — was moved to Hulu, it looks as though that is the same reason why the original show creator was also taken off the project — for “family-friendly” reasonings.

And now, even months later, Jake Thomas is still wanting to do a Lizzie McGuire reboot.

Joe Jonas shared a video of his band, DNCE, covering Hilary Duff’s “Come Clean”, saying “This is our formal campaign to get the Lizzie McGuire show back on air”.

To which Jake Thomas, who played Matt McGuire/Lizzie’s brother on Lizzie McGuire reshared the video and added his own commentary, saying “Oh yeah, I’m in,” along with the caption, “Where’s the petition?”

#stitch with @joejonas where’s the petition?

When the series was first announced at the D23 Expo, it was said that the show would pick up when Lizzie turns 30 years old. “Just like me and everyone who loved Lizzie and grew up with her, Lizzie has also grown up,” Duff said at the 2019 D23 Expo. “She’s older, she’s wiser, she has a more expensive show budget…she has her dream job…she has her dream guy…she has her dream apartment…and she’s about to celebrate her 30th birthday.”
Unfortunately, at this time, the reboot is officially scrapped, but Inside the Magic will update you if anything changes.

Do you want to see the  Lizzie McGuire reboot come to life? Let us know in the comments below.