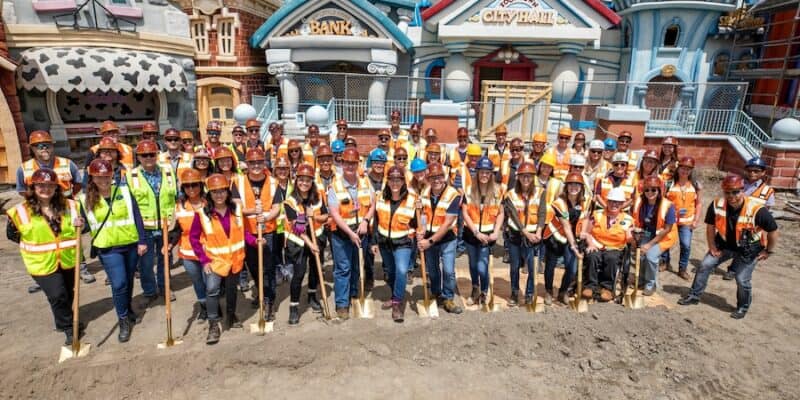 Earlier this year, Disney announced that Mickey’s Toontown would be undergoing a massive renovation, one that would be a complete overhaul of the entire area.

Best known for attractions like Donald’s Boat, Goofy’s Playhouse, and Gadget’s Go Coaster, Mickey’s Toontown opened in 1993 and was heavily inspired by Who Framed Roger Rabbit? (1988). At D23, we got a few new looks at what we can expect from the land when it eventually opens back up next year.

You can check out an exclusive first look of the reimagined area thanks to a tweet from David Vaughn (@DavidVaughn) of Disneyland Tips:

When it does reopen, the land will feature its own version of Mickey & Minnie’s Runaway Railway, an incredibly popular attraction that first opened in Walt Disney World.

While Mickey’s Toontown is closed, there is still plenty for Guests to see and experience at Disneyland Park, including iconic attractions like The Haunted Mansion, “it’s a small world”, Jungle Cruise, Pirates of the Caribbean, Splash Mountain, Space Mountain, Matterhorn Bobsleds, Peter Pan’s Flight, and much more.

Disney California Adventure also has plenty to offer Disney Park Guests as they walk the roads Walt had in Hollywood, enjoy a hand-dipped corn dog at Award Wieners, head to Cars Land to enjoy the neon signage and Radiator Springs Racers, check out the new Marvel-themed land in Avengers Campus, where they can meet Spider-Man, Loki, Ant-Man, Black Widow, Doctor Strange, and so many more characters. And of course, you have to ride WEB SLINGERS: A Spider-Man Adventure and Guardians of the Galaxy: MISSION BREAKOUT. Rock on the Silly Symphony Swings as well, and go catch Jack-Jack on Incredicoaster!

What’s your favorite part of Disneyland?