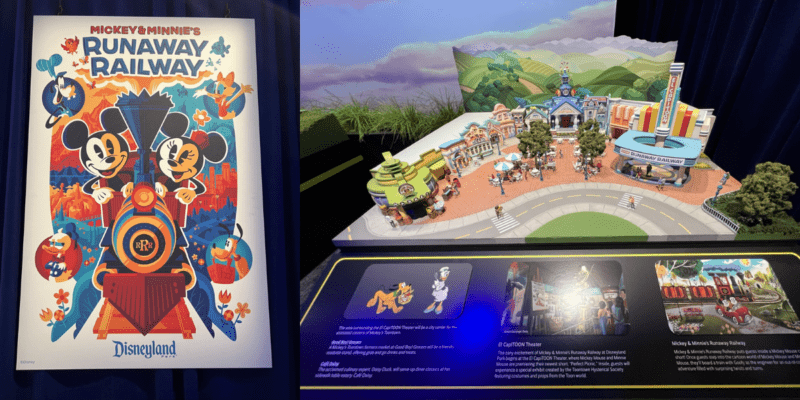 In addition to the ride’s exterior, you can also see stills from inside the ride at the bottom of the photo. They look remarkably similar to scenes on Mickey & Minnie’s Runaway Railway at Walt Disney World Resort. Of course, Disney Imagineers didn’t elaborate on what changes are coming to the ride.

Zip away on a zany adventure through a cartoon universe crammed with surprises.

Are you excited to see Mickey & Minnie’s Runaway Railway at Disneyland Park?