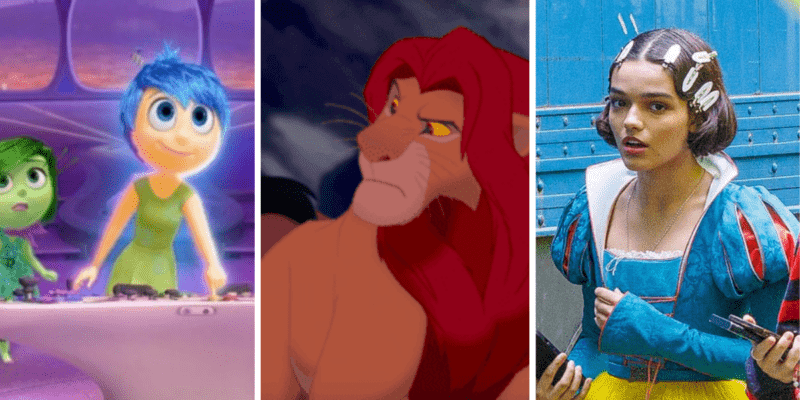 Several highly-anticipated Disney movies are in the works.

At the D23 Expo in Anaheim, California this past weekend, Disney made several announcements, including officially giving fans a look at the next few projects set for Walt Disney Animation, Walt Disney Pictures, Disney Pixar, Marvel Studios, and Lucasfilms.

Disney announced that a live-action prequel to The Lion King, titled Mufasa, would be making its way to theaters in 2024, and it officially confirmed that Inside Out 2 was happening. One film that has been in the works for a while has been the live-action Snow White film starring Rachel Zegler as the princess and, just recently, leaked footage from the film was released.

Now, Disney has updated its release calendar to include these films and several others.

Disney announced that all three of these films will release in 2024.

Snow White will release on March 22, 2024. Inside Out 2 will follow that film with a June 14, 2024 release date, and then, Mufasa, director Barry Jenkins, will release less than a month later on July 5, 2024. While Disney has not confirmed, the expectation is that all three of these films will be theatrical releases with Disney+ debuts at a later point. However, much can change in two years’ time.

The film Haunted Mansion, based on the beloved attraction at Walt Disney World Resort and Disneyland Resort, has been pushed back to August 11, 2023, instead of its original date of March 10, 2023.

Searchlight’s Next Goal Wins, an inspirational sports comedy from Thor Director Taika Waititi is coming April 21, 2023) Disney Animation’s newly announced Wish, a movie that takes inspiration from the concept of wishing upon a star, will release on November. 22, 2023, and Disney Pixar’s Elio, a science-fiction tale about an 11-year-old outsider who becomes the galactic ambassador of earth, will release on March 1, 2024.

In addition, Variety reports that an untitled Marvel movie has been pushed from February 16, 2024, to September 6, 2024.

Are you excited about these upcoming Disney movies? Let us know in the comments!