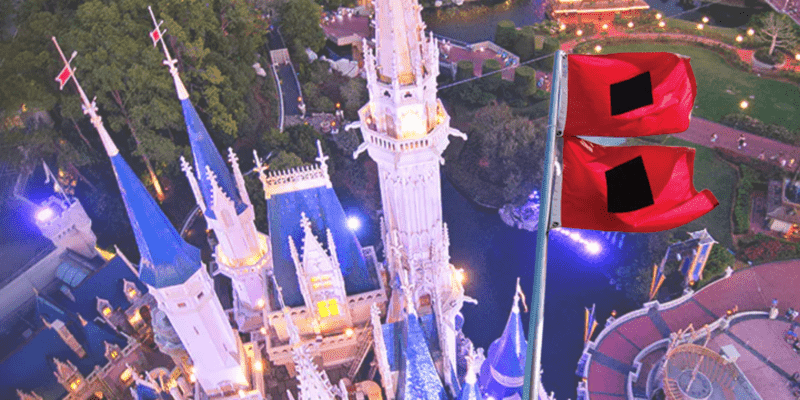 On Tuesday afternoon, out of an abundance of caution and in keeping with the company’s dedication to Cast Member and Guest safety, the Walt Disney World Resort announced plans to close temporarily as Hurricane Ian barrels toward Florida.

Hurricane Ian made landfall in Cuba on Tuesday morning before continuing on its path toward Florida. The storm is expected to gather strength, intensifying into a Category 4 storm before making landfall on Florida’s west coast somewhere between Tampa and Fort Myers. It’s unclear at this time whether the storm will make landfall as a Category 3 or Category 4 hurricane.

In response to the impending arrival of the hurricane, multiple entities across Florida announced plans to close. Many of Florida’s airports announced details about plans to close, including Orlando International Airport near Disney World, which had already scrapped plans for the dedication of its brand-new $2.8 billion Terminal C because of the hurricane’s projected path.

Around midday on Tuesday, Central Florida’s major theme parks and theme park resorts began to announce their respective plans to close in response to Hurricane Ian’s projected arrival onto Florida soil and the path it’s expected to take once it makes landfall.

Because Hurricane Ian is, by nature, largely unpredictable, it’s impossible to say with 100% certainty when Florida’s theme parks will resume regular operating hours. However, the hope is for them to be open on Friday, pending weather conditions, damage, etc.

Now Disney World has made an announcement that will hopefully help some Guests breathe a sigh of relief.

NEW: Disney has provided additional details about the closure.

Partially used multi-day tickets impacted by Hurricane Ian park closure will automatically be extended to use through Sept. 30, 2023.

The update includes updates for guests staying in a Disney hotel: pic.twitter.com/6G5NTwbNTi

As reported by Scott Gustin in a tweet on Tuesday afternoon:

“Disney has provided additional details about the closure. Partially used multi-day tickets impacted by Hurricane Ian park closure will automatically be extended to use through Sept. 30, 2023.”

Partially used multi-day theme park tickets with a validity window impacted by closure due to Hurricane Ian will be automatically extended to allow use of the remaining unused ticket days through September 30, 2023. In order to enter a park, both a park reservation and valid ticket for the same park on the same date is required.

Simply put, Guests who had begun using their park tickets but were unable to use them all because of the closure on Wednesday and Thursday will not lose the unused days remaining on their tickets. Instead of the usual expiration of the tickets, which depends on the ticket purchased, park tickets affected will be good through September 30, 2023.