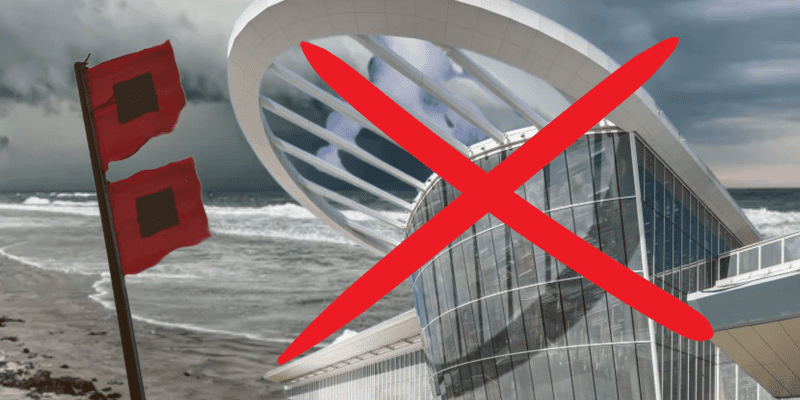 Orlando International Airport says it has postponed the dedication of its brand-new $2.8 billion Terminal C as the state of Florida prepares for a major hurricane to make landfall this week along the state’s Gulf Coast.

The Greater Orlando Airport Authority, the entity which manages both Orlando International Airport and Orlando Executive Airport, said that in light of the major hurricane projected to make landfall in Florida this week, it has begun implementing pre-storm procedures, which include holding briefings with airline carriers and other airport partners, as well as activating the Airport Authority’s “emergency response plan.”

In anticipation of the possible incoming weather, it has been decided that the relocation dates for jetBlue & Caribbean Airlines to Terminal C will be rescheduled. Please contact your airline directly for any specific details in regards to their flight operations. Thank you.

“Safety is a priority, and preservation of facilities are important during storm events,” read a statement from the agency.

The agency said it will postpone the dedication of the new Terminal C facility at Orlando International, and it will also halt the planned relocation of JetBlue and other carriers from Terminals A and B to Terminal C.
Additionally, the agency’s statement read, “The Authority will take protective measures throughout the coming days and will continue to monitor the storm and coordinate airport activities accordingly.”
RELATED: A Deadly Trend at Orlando International Airport Could Result in “Dire Consequences” for Visitors to Disney World and Others