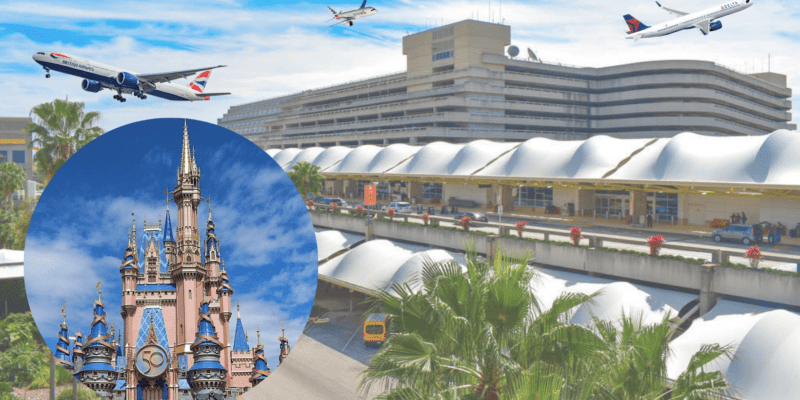 A dangerous and potentially deadly new trend in Florida could lead to disastrous outcomes for passengers at the state’s airports, including those who fly into and out of Orlando International Airport (MCO) as part of their Walt Disney World vacation plans.

According to FOX35 Orlando, nearly 600 firearms have been intercepted by agents with the Transportation Security Administration (TSA) since January 1, 2022, and TSA is warning passengers in flying into Florida airports and out of Florida airports that the growing trend can end in “dire consequences.”

On Thursday, TSA spokesperson Sari Koshetz said that almost every single gun that was confiscated was fully loaded, and had its ammunition chambered as well. Simply put, each one could have caused irreparable damage in the wrong hands or in the event of an accident involving an unintended discharge.

“Each gun presents a danger,” Koshetz said. “Any incident could have tragic results. This ominous trend continues across the country. Every passenger should know exactly where their gun is before they enter the airport and make sure that it is not in a backpack, purse, suitcase, or any carry-on that [they] plan to bring into the security checkpoint.”

Passengers–especially those who don’t fly very often–have wondered if guns are even allowed in airports or in their luggage at all, and it’s a fair question, especially as gun violence has been on the rise in the United States in recent years.

According to the Transportation Security Administration, passengers are prohibited from having guns inside their carry-on luggage. Firearms must be packed inside checked baggage, and if passengers are checking firearms, they are required to declare them to airline carrier representatives during check-in for their flights. Guns that are checked must be completely unloaded and housed inside a locked, hard-sided case.

Passengers who bring firearms through at TSA checkpoint in the airport can be subject to a heavy civil penalty resulting in fines of up to $13,910 whether they are arrested or not. Additionally, frequent flyers who participate in the TSA PreCheck Program and bring a firearm to the checkpoint can also have their privileges revoked either temporarily or permanently.