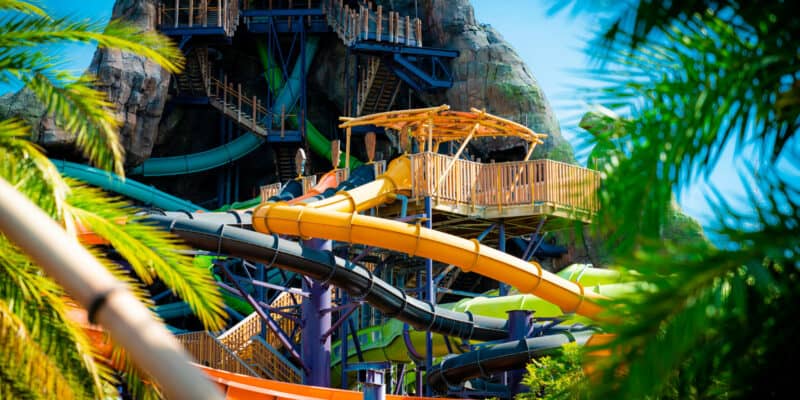 A new lawsuit filed against Universal Studios reveals a traumatic and reportedly “life-changing” situation unfolding at the Resort.

Danielle Tolman was a Guest visiting Universal’s impressive Volcano Bay water park in August of 2018 on her last day of vacation, celebrating with one of the many water slides available at the Park.

Volcano Bay joined the Universal Studios Resort in Orlando in 2017 and proved very popular. There are numerous rides, attractions, and experiences Guests can find at the tropical island-themed water park

Tolman was reportedly laying on her stomach and went headfirst down Punga Racers. On this particular slide, Guests use a mat to traverse down to the end. Unfortunately, Tolman would suffer a serious head injury while on this particular side, one that she claims changed her life, as she said in a new Orange Circuit Court lawsuit.

The lawsuit was filed earlier this week against Universal Studios. Tolman is seeking more than $100,000 in damages.

“Mrs. Tolman was sliding headfirst on the mat provided when the mat unexpectedly went straight up, causing Mrs. Tolman to strike her head on the tunnel, then came back down and she continued down the slide. As the mat rounded a curve to the right, Mrs. Tolman again hit her head,” her lawsuit said.

The injury was so severe that Tolman was left completely unable to drive a car or take care of her home. Tolman also claims that the injury cost her job. Tolman claimed that “Universal had actual knowledge that Punga Racers and the way Universal operated it were dangerous, that there was a high probability that injury would result to Punga Racers riders, and despite that knowledge, Universal decided to keep the slide open to its guests without any safety measures,”

“At a minimum, its reckless decision to keep the slide open while it failed to implement safety measures, in the name of its profits, constitutes gross negligence,” her lawsuit said.

There was no mention of Tolman getting hurt on Punga Racers on the state’s quarterly theme park injury report. Universal and the other major theme parks are supposed to self-report visitors’ injuries that occur on the rides if visitors are hospitalized for at least 24 hours. Tolman’s lawsuit says she had “substantial hospitalization” but does not provide details on her medical care. Her lawsuit said she was hurt around 5 p.m. on Aug. 27, 2018 and returned back to St. Augustine that same evening, which implies she did not spend an immediate 24 hours in the hospital.

Punga Racers, the water slide where Tolman was injured, has a troubled history at the water park, with multiple Guests getting hurt while riding. As Florida Politics shares, in July of 2019, less than a year after Tolman’s injury, James Bowen, a tourist visiting from New York, went down the same slide and broke his neck. Brown was temporarily paralyzed as a result of his injury.

Bowen filed his own suit against Univeral, which was settled sometime in 2020. Bowen’s specific lawsuit revealed multiple depositions with Universal employees as well as company documents that showed there was a pattern of Guest injuries on the water slide. Reportedly at least 115 people reported receiving injuries on the slide.

As a result, the ride manufacturer modified the slide and extended the tracks, according to a court filing from Bowen’s lawsuit.

After Bowen’s injury, Universal added a weight restriction of 150 pounds to the ride, a regulation that would surely limit a large number of Guests from experiencing the attraction. Universal eventually reopened the ride in 2020, nixing the use of mats entirely.

Multiple Guests reported injuries and medical emergencies between the months of April to June of this year at both Universal Studios Orlando and its Volcano Bay water park.