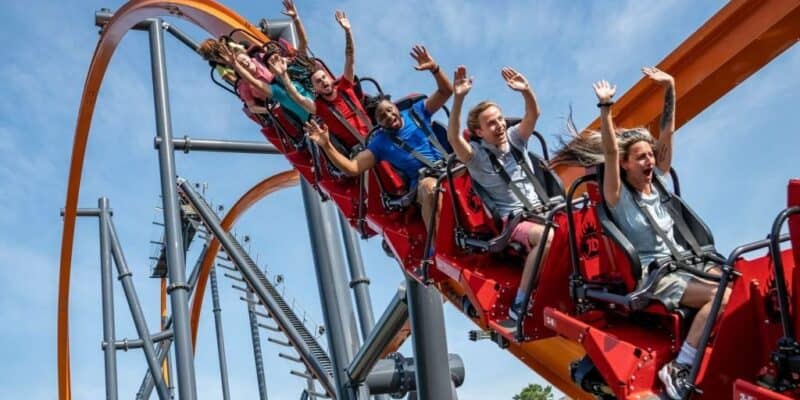 The Six Flags meal plan saga that started back in April will definitely not be forgotten by serious theme park fans anytime soon. It all started when a Guest took advantage of the theme park’s meal plan, electing to eat inside the theme park every day for seven years. As a result, the Guest was able to save money and pay down his student loans, get married, and buy a house.

This was not the only time a Guest hatched such a devious plan, with another Guest, Cam, noticing loopholes in one of the season passes offered when he visited Six Flags Great Adventure, a Six Flags located in New Jersey.

Related: Disney Cruise Ship Unable to Set Sail With Passengers Stuck on Board

This “stunt”  prompted Six Flags CEO Selim Bassoul to speak out about the exploitation on a first-quarter earnings call:

These meal plans were taken away, unsurprisingly, and tinkered with as not to allow Guests to exploit them in such a way ever again. After a few months of controversy, Six Flags Great Adventure has finally brought it back, as reported by New Jersey 101.5.

Related: Brand New Theme Park Closes For Rest of the Year Due to Low Attendance

This new pass at the New Jersey Six Flags location entitles pass holders to two meals per visit, with a three-hour window in between each one. If you purchase the Seasonal Dining Pass before September 5, you will receive a 10% discount as well as free drinks through the end of the 2022 season.

The most shocking aspect of this pass is the price. Previously, Six Flags parks nationwide had offered the meal pass as an add-on for around $80, including two meals, a “snack,” and unlimited drink refills.

The meal plan fiasco is not the only recent controversy the Six Flags brand has faced recently, with the CEO publicly criticizing “rowdy” teenagers and bumping prices up.

This comes just after Six Flags’ shares tumbled down 18% to $21.12 after it disclosed that attendance at its 27 amusement parks was down 22% from a year ago to 6.7 million in the quarter ended July 3.

Will you be buying the new meal plan?