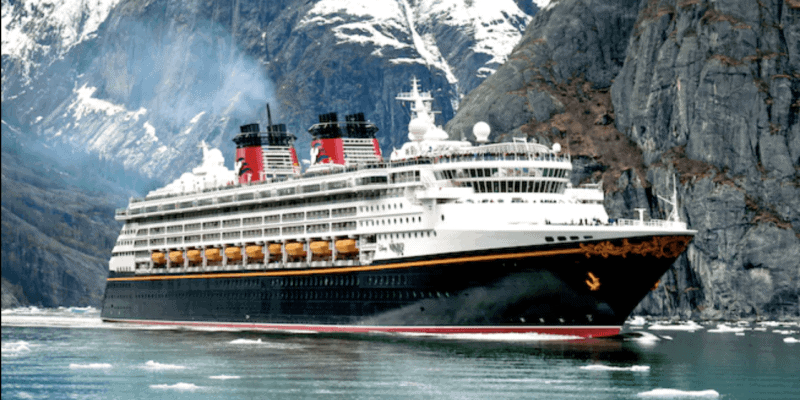 Disney has grown its Cruise Line quite a lot over the last few years. What started with the Disney Magic in 1996 has grown into a whole fleet consisting of five ships, including the Magic, Wonder, Dream, Fantasy, and now the Disney Wish, which was introduced this year.

So far, it’s been smooth sailing aboard all five ships as Guests explore and have fun discovering everything there is to experience on each ship.

However, one ship had trouble leaving the dock recently due to an unexpected reason.

Yesterday we learned that passengers on board the Disney Wonder were actually stuck and had their departure time delayed due to issues with the local tugboat companies. There was apparently a strike with the tugboat companies, meaning the ship had no choice but to remain docked until the issue was resolved.

This was confirmed in a tweet from Brooke Geiger McDonald (@BrookeGMcDonald), a passenger aboard the ship:

An announcement from the captain stated that Disney Wonder’s departure from Vancouver has been delayed due to a local tugboat strike but no one onboard is bothered by the delay.

An announcement from the captain stated that Disney Wonder’s departure from Vancouver has been delayed due to a local tugboat strike but no one onboard is bothered by the delay. #disneycruiseline pic.twitter.com/wTjAnThHP4

Hopefully, all of these issues get worked out soon, and the boat can set sail once again!

If you want to know more about Disney’s brand-new cruise ship, look no further! The Disney Wish is absolutely flooded with activities and areas to explore, just as unique as the suite itself! Captain Minnie and Mickey Mouse will greet you. On top of that, Guests can team up with Moana to navigate their canoes beyond the reef, helping Tiana cook up the perfect pot of her father’s favorite gumbo, summoning Tinker Bell to give the Disney Wish an extra dash of pixie dust, and diving into the East Australian Current (EAC) with Nemo and friends, as well as Marvel fun! Check out more of the offerings below!

The Disney Wish also debuted two brand-new shows with Disney Seas the Adventure, featuring Captain Minnie, and Disney The Little Mermaid. There is also a luxury Wish Tower Suite! The room features Moana accents to it as well as two master bedrooms, a kid’s bedroom with built-in bunk beds, and a library that can be transformed into another bedroom if needed, as does the Cinderella Castle Suite, as well as access to a personal concierge team, and more.

If you are planning on setting sail on one of Disney’s cruise ships, make sure you take all the proper steps ahead of time, including:

Are you taking a Disney Cruise soon?