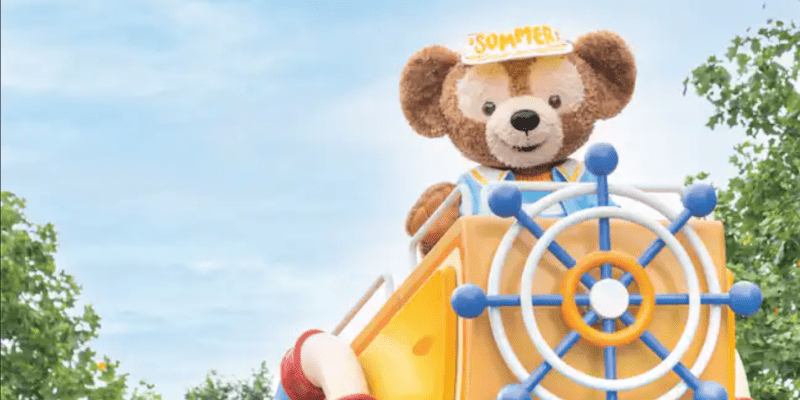 A popular parade will soon leave Disney Parks, so Guests better hurry if they want to share some summer fun with beloved Disney characters.

With the summer crowds arriving at Disney Parks worldwide and the temperatures continuously rising, the theme parks have taken actions to help Guests beat the summer heat and enjoy the magic of Disney Parks with different refreshing alternatives.

One of these alternatives has quickly become a fan favorite at Shanghai Disneyland, with Guests excited to meet Duffy and his friends in their cool summer outfits, dancing and helping Guests cool off with a splash of fun and refreshing mist sprayers on a lively parade. However, this popular parade will soon leave Shanghai Disneyland.

Shanghai Disney Resort (@SHDR_Official) recently announced that the popular summer parade, Duffy’s Splashing Pre-Parade, will soon leave the Park, saying that this show has presentations during “summer only.”

According to Shanghai Disney Resort’s website, presentations for Duffy’s Splashing Pre-Parade will continue until August 13, with two shows at 12 pm and 3:30 pm. While more presentations could be added soon, for the moment, it would appear that this fun parade will be leaving Shanghai Disneyland as the summer school holidays are near an end.

Duffy and Friends are all dressed up in their colorful summer outfits and cannot wait to greet you from a float full of laughter, music and sparkling droplets of water. Prepare to be splashed!

We recently saw Hong Kong Disneyland adding similar entertainment offerings to provide Guests with several options to cool down and beat the summer heat, including shows and parades equipped with water splashers and mist sprayers, as well as different interactive activities being adapted to beat the high temperatures during this season. You can read more about that here.

Nestled behind Enchanted Storybook Castle, Fantasyland is home to several popular Disney attractions like Peter Pan’s Flight and Seven Dwarfs Mine Train. In 2019, it was announced that Shanghai Disneyland would be the first Disney Park in the world to welcome a Zootopia-themed land in the form of the City of Zootopia located inside Fantasyland.

Have you ever visited Shanghai Disneyland? Tell us about it in the comments below!