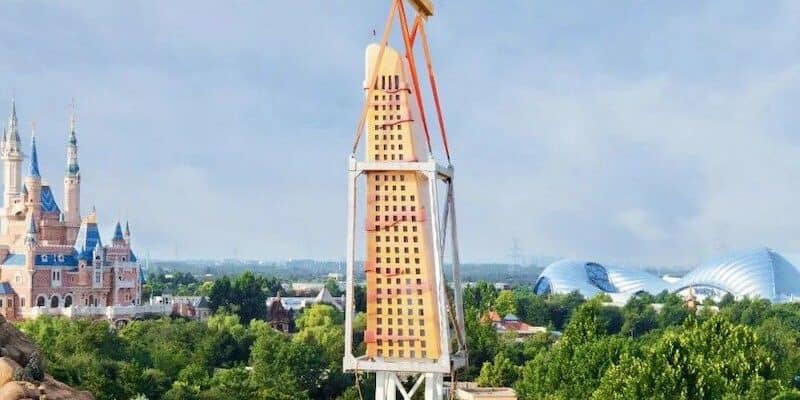 The construction of one of the most anticipated Disney Parks expansions shows massive progress, as new images show.

After several delays due to the Park’s frequent closures with the ongoing COVID-19 pandemic, the construction of Shanghai Disneyland’s new and highly anticipated expansion is well underway.

Former Imagineer Morgan Lee Richardson (@MRichardsonArt) recently shared images of significant progress being made at the highly anticipated Zootopia-themed expansion at Shanghai Disneyland. These images show a couple of skyscrapers being added to the land, with which the skyline of this mammalian metropolis continues to take shape.

Shanghai Disney Resort just released these great construction photos of the Zootopia city skyline. We spent so much time going over 3D and physical models of different scales to get these site lines perfect. The staging is great and I promise the view will be stunning!

Shanghai Disney Resort just released these great construction photos of the Zootopia city skyline. We spent so much time going over 3D and physical models of different scales to get these site lines perfect. The staging is great and I promise the view will be stunning!🦊🐰 pic.twitter.com/MEWS4Kfqd4

This highly immersive expansion inspired by Zootopia, Disney Animation’s 2016 hit film, will give Guests the chance to explore the city of Zootopia, “where anyone can be anything.” through different entertainment offerings, themed shops, and restaurants. The land will also be home to a new innovative attraction rumored to use a trackless system similar to the one used on Remy’s Ratatouille Adventure and Mickey & Minnie’s Runaway Railway. However, Disney officials have not released further information regarding this state-of-the-art attraction.

Initial construction work started in 2019, with the first significant update being released at the 2020 IAAPA Expo with aerial shots of the Zootopia-inspired land, which is set to be massive.

Soon after the Zootopia expansion was announced, Disney Parks Blog shared these details about what Guests can expect:

Seeing the accelerated progress at Shanghai Disneyland’s Zootopia expansion, it is not farfetched to expect this new land to open sometime in 2023. However, Shanghai Disneyland officials have not released an official opening date for the land. Inside The Magic will continue to report on this exciting expansion as more information is released.

Are you excited about Shanghai Disneyland’s Zootopia-themed expansion? Let us know in the comments below!