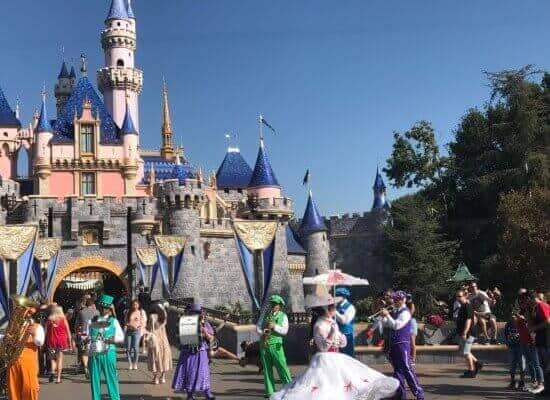 You never know what you might encounter when visiting the Disney Parks. One Disney Cast Member is speaking out and spilling some of the most bizarre things they saw when working at the Most Magical Place on Earth — including the fact that one time parents tried to leave their kids with Mary Poppins while they went to explore the Park.

In a Bloomberg article, one Disney Cast Member shared how they witnessed parents trying to leave their kids with Mary Poppins as they wandered off because she is a “governess”. Per the article:

“On more than one occasion, I’ve seen parents just leave their children with Mary Poppins and wander off,” says a former Character. Adults often embrace their inner children at the parks rather than watch their own. “It’s like, ‘Here, stay with her, she’ll take care of you—she’s a governess!’ ” Inevitably, Miss Poppins has to stay Chim-Chim-cheery despite missing breaks to take her disoriented wards to the Lost Child Center.

We want to note that the Disney Characters are not there to babysit your children and are in the Parks for magical moments, photos, autographs, and interactions.

Have you ever witnessed something like this at the Disney Parks? Let us know in the comments below.