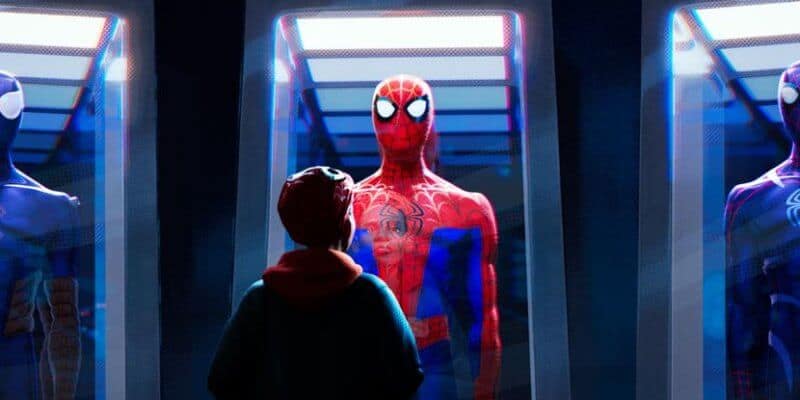 The Multiversal Spider-Verse is expanding, and now fans get to know what the latest Spider-Man (or well, Spider-Person) looks like in the upcoming movie.

Columbia Pictures and Sony Pictures Animation’s upcoming project, Spider-Man: Across the Spider-Verse (2023), developed in conjunction with Marvel Entertainment, is scheduled for release next June 2. With a screenplay by Phil Lord, Christopher Miller and David Callaham — the former two of LEGO Movie (2014) and 21 Jump Street (2012) fame, and the latter having written for Marvel Studios’ Marvel Cinematic Universe (MCU) Shang-Chi and the Legend of the Ten Rings (2021) — the new Spider-Verse flick promises to pack huge laughs and stunning action in another web-slinging classic.

The first movie in the Spider-Verse franchise, Into the Spider-Verse (2018), has a multitude of accolades under its belt — the Marvel film won Best Animated Feature Film at the Oscars, Critics Choice and Golden Globes that year. Into the Spider-Verse features a young Miles Morales (Shameik Moore) navigating the world as a new and unwitting teenage superhero Spider-Man. After witnessing the tragic death of his universe’s Peter Parker (Chris Pine) at the hands of Wilson Fisk AKA the Kingpin (Liev Schreiber), Miles Morales stumbles into a conspiracy that shakes the very foundations of his world — learning that his favorite uncle, Aaron Davis (Mahershala Ali) was the villainous Prowler.

Now, it fans anticipating Across the Spider-Verse will be getting their first glimpse at the newest Spider-Man to join the Multiverse — Spider-Punk.

Previously, merch leaks have hinted at the new Spider-variant, but it’s only now that we’re actually seeing what Spider-Punk looks like.

If you look closely, you’ll notice that the new leaked image shows Spider-Punk sporting a Union Jack flag pin badge — strongly hinting that this version of Spider-Man might actually have roots in the United Kingdom.

Spider-Punk AKA Hobart Brown in the Marvel Comics is the Earth-138 version of Spider-Man, created by Dan Slott and Olivier Coipel in the “Spider-Verse” storyline. In a world where Norman Osborn (Green Goblin) became the President, Spider-Punk comes into contact with irresponsibly dumped toxic waste, becoming the irradiated superhero, Spider-Punk.

It certainly sounds like an intriguing character to add to the Spider-Verse! Marvel fans will just have to keep an ear out for casting announcements and further confirmation on the character’s potential role.

What do you think about the new Multiversal Spider-Verse additions? Share your thoughts below in the comments!