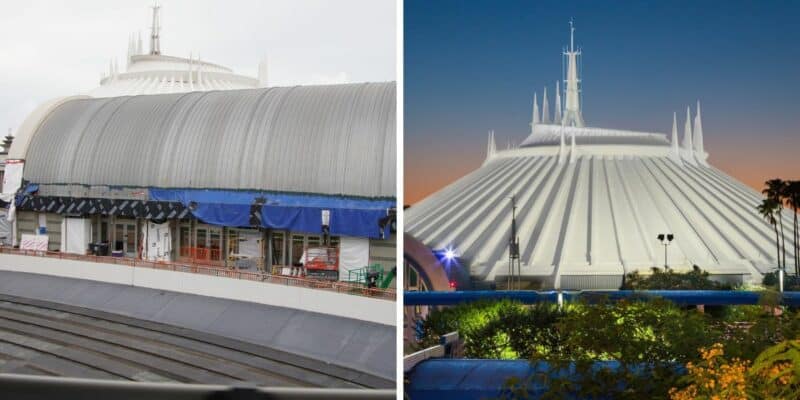 Space Mountain is one of the most popular rides in Magic Kingdom at Walt Disney World. The fan-favorite ride opened at Magic Kingdom in January of 1975, making it the oldest active roller coaster in Florida!

Keeping in theme with Tomorrowland, Space Mountain blasts Guests off into space as they board a rocket on the indoor roller coaster and zoom past stars, constellations, planets, and more.

Now, thanks to bioreconstruct on Twitter, we can see how construction is progressing and can see a glimpse at new elements being added.

New cornice of the Space Mountain gift shop is starting to emerge from tarps.

New cornice of the Space Mountain gift shop is starting to emerge from tarps. pic.twitter.com/YBCaNoBtI0

We aren’t sure what exactly Disney is doing to the Space Mountain shop, but Inside the Magic will update you as we get information. In the meantime, Space Mountain remains open to Guests.

What do you think Disney is doing to the Space Mountain gift shop? Let us know in the comments below.