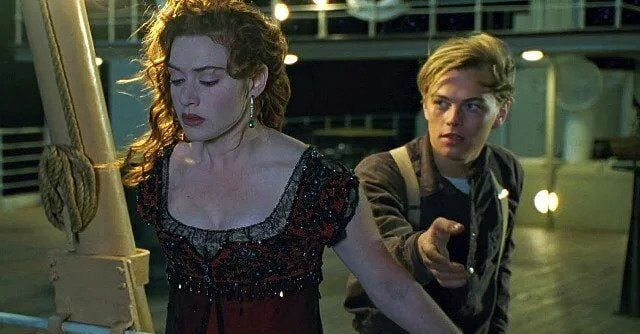 Hollywood A-lister Leonardo DiCaprio (The Great Gatsby, The Revenant, Catch Me If You Can) really made his mark on the cinematic universe when he played Jack Dawson opposite Kate Winslet’s Rose Dewitt-Bukater in James Cameron’s Titanic (1997), but the now 46-year-old actor’s career actually started several years before his most iconic character died in the North Atlantic.

But it was Dawson who has had the most lasting mark on DiCaprio’s career — and seemingly his life. In a resurfaced story from 2020, while enjoying his yacht in the Caribbean Sea, the Aviator actor actually rescued victim who fell overboard.

Per a CBS report at the time:

The vessel carrying DiCaprio and his crew was near the island of St. Bart’s, and the man fell overboard near the neighboring island of St. Martin… “The captain of his ship sent out a panicked emergency message and Leonardo and his team agreed to look for the poor guy,” a source told the newspaper.

The man was found near Saba island, south of St. Martin…He was severely dehydrated and had been treading water for 11 hours, the source told the newspaper.

The man was taken to receive medical attention and later recovered, according to the article. He praised DiCaprio and his companions, saying “I should have died.”

Fans of Titanic will recall that one of the epic film’s most famous scenes involves DiCaprio’s Dawson talking Winslet’s Dewitt-Bukater out of jumping off of Titanic’s deck railing to her death.

A new, high frame rate version of Titanic will be returning to theaters for a special event in February 2023.

James Cameron’s Titanic is an epic, action-packed romance set against the ill-fated maiden voyage of the “unsinkable” Titanic, at the time, the largest moving object ever built. She was the most luxurious liner of her era—the “ship of dreams”—which ultimately carried over 1,500 people to their death in the ice-cold waters of the North Atlantic in the early hours of April 15, 1912. Rose DeWitt Bukater (Kate Winslet) is a 17-year-old, upper-class American suffocating under the rigid confines and expectations of Edwardian society who falls for a free-spirited young steerage passenger named Jack Dawson (Leonardo DiCaprio). Once he opens her eyes to the world that lies outside her gilded cage, Rose and Jack’s forbidden love begins a powerful mystery that ultimately echoes across the years into the present.

Did you know DiCaprio turned into a real-life hero?