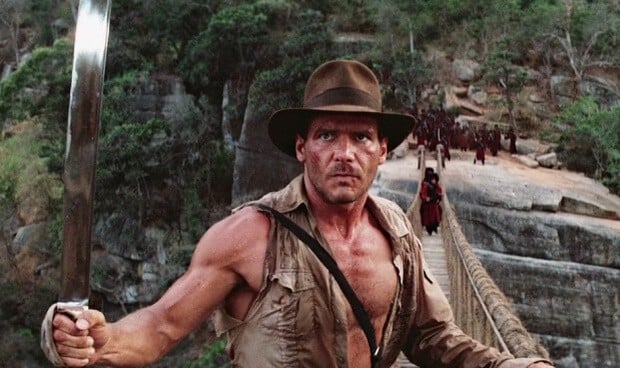 Fans of the Indiana Jones franchise should hurry to experience this beloved attraction before it closes for refurbishment soon!

The Indiana Jones franchise, starring Harrison Ford, is perhaps one of the most popular IPs owned by Disney. With four movies out and the fifth one on its way, there is no doubt that Dr. Jones has gathered a massive fanbase since Raiders of the Lost Ark premiered in 1981.

This popular franchise has even resulted in several Indiana Jones-themed attractions in Disney Parks around the world. While they are some of the most popular at Disney Parks, many have recently commented on their lackluster condition. Fortunately, or unfortunately, one of these attractions will close for a scheduled refurbishment very soon.

According to Disneyland Paris’ official website, Indiana Jones and the Temple of Peril will be temporarily closed for a scheduled refurbishment from September 5 through September 23, reopening its doors on September 24. While there are no further details regarding this closure, the short period it will take most likely means the attraction will be given scheduled maintenance to ensure it lives up to the Parisian Park’s high standards.

We strongly advise our readers to visit the official Disneyland Paris website for the latest information when planning their visit, as Disney could update this information anytime.

As mentioned, the top-rated Indiana Jones film franchise has jumped out from the big screen to take fans on a daring adventure in several attractions at Disney Parks worldwide.

And at Disneyland Paris, Indiana Jones and the Temple of Peril takes Guests on a fast-paced journey through some dark and mysterious jungle ruins. The official Disneyland Paris website describes the attraction as follows:

Indiana Jones and the Temple of Peril: a Whip Cracking Adventure from the Very Beginning

Sent to investigate what happened to an earlier expedition, you soon discover something is far from normal in the Temple of Peril. The base camp is deserted of people yet full of their clothes, food and equipment. A sudden exit seems likely. But why? Above the swaying canopies stands a temple ruin, below your feet is a well-trodden path.

As you meander your way through dense undergrowth, stone snake sculptures (yes snakes!) jump out and stare menacingly at you. A faint rumble and screaming can be heard in the distance. ‘You’re getting closer’, whispers the breeze.

The Search Picks Up Speed

After clambering to the Temple of Peril entrance you board a railed vehicle, hoping it will lead you to the missing expedition party. The rickety cart climbs a chain lift to the top of the excavation site. You look for signs of life, but before you can catch your breath a mysterious force sends the cart into an out-of-control spiral of twists and turns through the darkest corners of this cursed ruin. Forget finding your friends, you’re going to need all the courage of Indiana Jones to get out alive!

What do you think about the Indiana Jones-inspired attractions at Disney Parks around the world? Have you experienced them all? Let us know in the comments below!