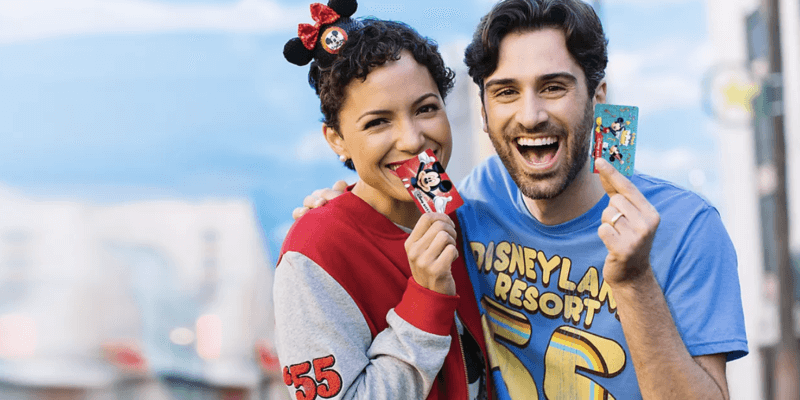 Walt Disney World and Disneyland Resort vacations are expensive. While some Annual Pass and Magic Key holders can visit the Disney Parks often, many families save years for a once-in-a-lifetime trip.

That was the case for Reddit user u/Consistent_Parking63. Over two years, the Guest purchased six gift cards totaling $1,000 to use on their upcoming Walt Disney World Resort vacation. They combined the gift cards into one using a Disney app. When checking their balance this weekend, the Guest realized that the $1,000 balance had been voided and was showing as “–.–”.

The Guest immediately called Disney Cards & Services to speak with a supervisor but was shocked to hear that there was “nothing they can do” and to contact Walt Disney World Resort Guest services instead. They did but have yet to receive a response about their gift card purchase.

“As of now, I feel like Disney just stole 1,000 dollars from me in exchange for nothing,” the devastated Guest wrote. “Has this happened to anyone before? What steps did you take to handle this messy situation?”

Fortunately, the Guest purchased all six gift cards via shopDisney, and while they no longer possess the physical cards, they have the receipts for all six.

“The cards say all transaction history and proves I never spent a dime of the 1000. So there’s that too,” the Guest noted in another comment.

Many Walt Disney World Resort fans reassured the Guest that The Walt Disney Company isn’t the kind of business that would knowingly steal money from a gift card and that it was likely a system error. u/Artwebb1986 noted that, for future situations, it’s best to hang onto the old gift cards until the entire transferred balance is spent, just in case:

Yes they become zero when you transfer but you are still told to keep the originals as https://www.disneygiftcard.com/ isn’t a virtual wallet. I had $5000 sitting on there for 2 years before I could use it, 3 worked and 2 wouldn’t. Was on the phone for hours trying to get them working.

Have you ever had a Disney Gift Card mishap?