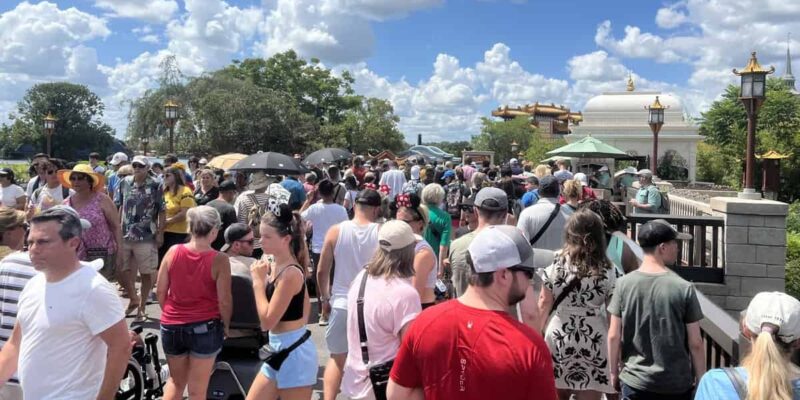 Inside the Magic was visiting EPCOT yesterday, July 31, and the crowd levels were certainly higher than normal.

Over in World Showcase, Guests packed in as they walked around from country to country to see what the EPCOT Food and Wine Festival had to offer. In the back, near China, Guests were piled in from wall to wall.

The crowd levels were certainly higher than normal, but we do want to mention it was a Sunday so many locals may have also been visiting the Park.

You can see how crowded EPCOT was in the images above and below.

Are you visiting Disney World this summer? Have you experienced the high crowd levels? Let us know in the comments below.