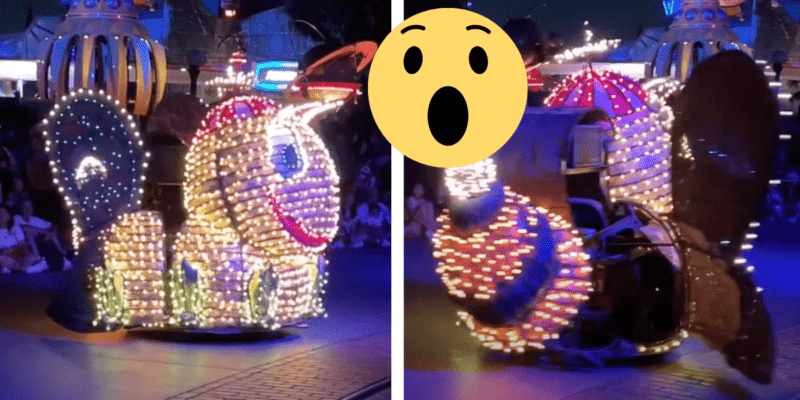 The Main Street Electrical Parade returned to Disneyland Park on April 22, 2022. The magical, dazzling parade has changed over the years but remains a beloved part of the Disney Parks experience.

Mickey Mouse, Minnie Mouse, and Goofy lead the parade on their iconic, enchanting train, getting Guests of all ages excited for the light-filled spectacle they’re about to experience.

Unfortunately, like any Disney Park performance, technical errors can happen. Such was the case last night with one of the classic light-up characters, the bumblebee. The mishap was caught on a YouTube Livestream by Theme Park Steve:

No one was injured by the swinging door, but it turns the corner before the video can catch if the Cast Member swung the door shut.

This isn’t the first incident of its kind. During the Parade’s premiere performance earlier this year, the nerd turtle float’s door swung open and nearly hit watching Guests. Thankfully, the Cast Member inside was able to pull the door shut.

Have you ever seen a technical error at Disneyland Resort?