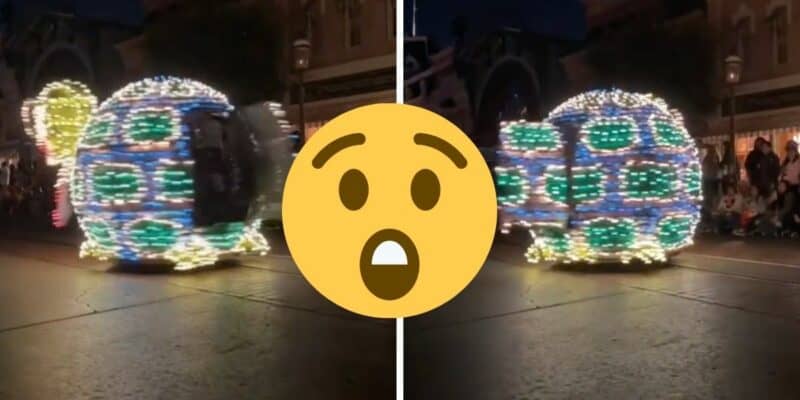 The Main Street Electrical Parade made a surprise early return last night at Disneyland Park, but one of the floats unfortunately malfunctioned halfway through.

The Main Street Electrical Parade has had many renditions at Walt Disney World, Disneyland Park, and Disneyland Paris over the years, but has not made an appearance since September 2019. But after nearly 3 years, fans of the nighttime spectacular can once again see the parade as it made its return to Disneyland Park last night.

During the surprise return, the nerd turtle float had a scary malfunction as the backdoor to the float swung wide open as the turtle was spinning around.

Luckily, no one was injured during this malfunction, and the Cast Member sitting inside was able to rescue the door so that the parade could continue on.

The malfunction was caught on video and posted to TikTok, which you can see below.

The Main Street Electrical Parade is celebrating its 50th anniversary, and to celebrate, there is an “an all-new, enchanted grand finale that celebrates the theme of togetherness.”

Are you excited to see the Main Street Electrical Parade return? Let us know in the comments below.