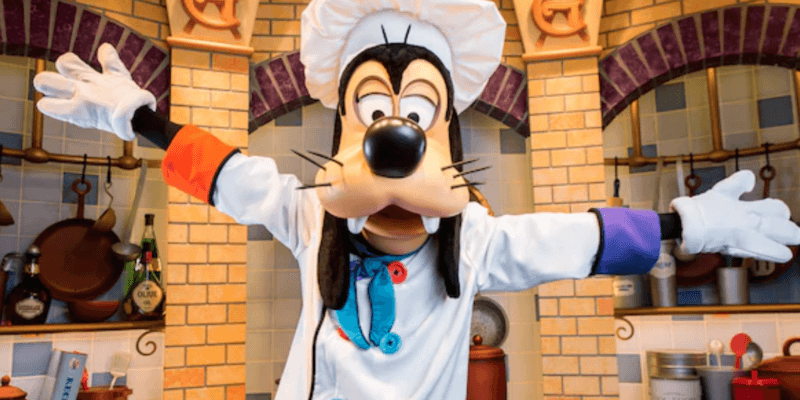 Goofy is just one of more than a dozen characters that light up the night as part of Disneyland Resort’s Main Street Electrical Parade. The magical, dazzling parade has changed over the years but is a beloved part of the Disneyland Park experience.

Mickey Mouse, Minnie Mouse, and Goofy lead the parade on their iconic, enchanting train, getting Guests of all ages excited for the light-filled spectacle they’re about to experience.

On Wednesday night, a Disneyland Resort Guest live-streamed the Main Street Electrical Parade to Disney Park fans at home. One of those fans noticed that Goofy was taken off the train and walked by Cast Members. Reddit user u/Sarasauruvusrex asked if any other Disney Guests saw the event:

Did Goofy injure himself?

Saw on a live stream of the electrical parade tonight that cast members had to hold him up and walk with him during the parade? Looked like they were escorting him out, except they were still marching along the parade route while they held on to him tight just in front of the starting train which stopped and waited for him for awhile…. He was dancing as much he could while they went?

One Disneyland Park fan, u/pdlbean, noted that if Goofy were injured, Cast Members would typically escort him backstage and not continue walking with him down the parade route.

“Apparently he was on the train at first, the stopped it and got him off and then walked him off. Hopefully he was okay,” u/Sarasauruvusrex responded.

Another Disneyland Resort fan, u/jtmachuca, also watched the Livestream and wondered if Goofy’s quick exit was due to a costuming issue:

Just saw the footage. I wonder if something was wrong with the head because Goofy looked shorter.

The Main Street Electrical Parade returned to Disneyland Park on April 22 with all-new and reimagined floats. From Disney:

Have you caught the Main Street Electrical Parade at Disneyland Park? Share your experience with us in the comments.