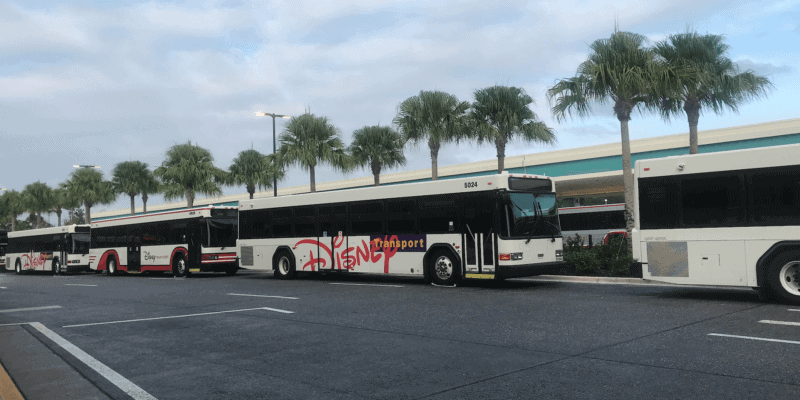 Walt Disney World buses typically transport Guests to and from the Disney Resort hotels and theme parks, as well as Disney Springs.

Unfortunately, even at the Most Magical Place on Earth, unplanned incidents can occur — and that’s exactly what happened to a group of Disney World Guests who became stuck on a Disney transportation bus that broke down in the middle of the highway.

Disney World Guest and TikTok user honeylemon143 shared a video on social media, showing their recent experience while riding a Disney bus. Unfortunately, the bus ended up breaking down in the middle of the highway, resulting in the Guests on board having to wait for a rescue bus to transfer them. They wrote:

“When the bus breaks down in the middle of the highway,” the TikTok user wrote as the video pans to several Guests sitting n the bus, scrolling on their phones as they were stuck, waiting for a transfer bus.

The good news is it seems everyone involved was okay and there were no injuries reported.

This is not the first incident involving a Disney World bus this week as we recently reported another Walt Disney World transportation bus was involved in a motor vehicle accident, resulting in a shattered windshield. At this time, it is still unclear if anyone was hurt or treated for injuries in the accident, but emergency services were reported at the scene. There are currently no public reports of injuries, but Inside the Magic will update you as we get information.

Have you ever been stuck on a Walt Disney World transportation bus? Let us know in the comments below.