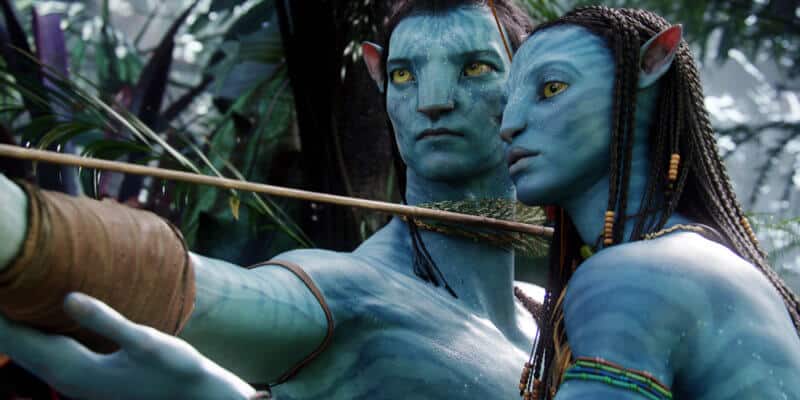 Last week, we reported that the hit James Cameron film Avatar (2009) inexplicably disappeared from Disney+. The film debuted on the streaming service on launch day in 2019 after The Walt Disney Company purchased 21st Century Fox in a 71.3 billion dollar deal.

With Avatar: The Way of Water just months from its December 16 theatrical premiere, fans were disappointed that they could no longer rewatch the 2009 film in preparation for the sequel. Disney+ did not explain the removal at the time.

Today, however, Disney’s official fan club, D23, announced that the film would rerelease in theaters on September 23 for a two-week limited engagement:

On September 23, the global phenomenon returns to the big screen. Experience #Avatar in theatres for a limited time.

On September 23, the global phenomenon returns to the big screen. Experience #Avatar in theatres for a limited time. pic.twitter.com/yvN8nxBqiG

The updated trailer encourages fans to see Avatar “the way it was meant to be seen” on the big screen. D23 also shared an all-new poster for the rerelease:

Avatar: The Way of Water will see the return of Avatar icons, including Sam Worthington as Jake Sully, Zoe Saldana as Neytiri, Stephen Lang as Quaritch, and Sigourney Weaver as Kiri. Kate Winslet will join the franchise as a “free-diving water person.”

If you’re looking to brush up on your Na’vi culture before Avatar: The Way of Water or a visit to Pandora: The World of Avatar in Disney’s Animal Kingdom at Walt Disney World Resort, read the official film description here:

From Academy Award® winning director James Cameron comes Avatar, the story of an ex-Marine who finds himself thrust into hostilities on an alien planet [Pandora] filled with exotic life forms [including the Na’vi race]. As an Avatar, a human mind in an alien body, he finds himself torn between two worlds, in a desperate fight for his own survival and that of the indigenous people.

Are you going to see Avatar in theaters this September?